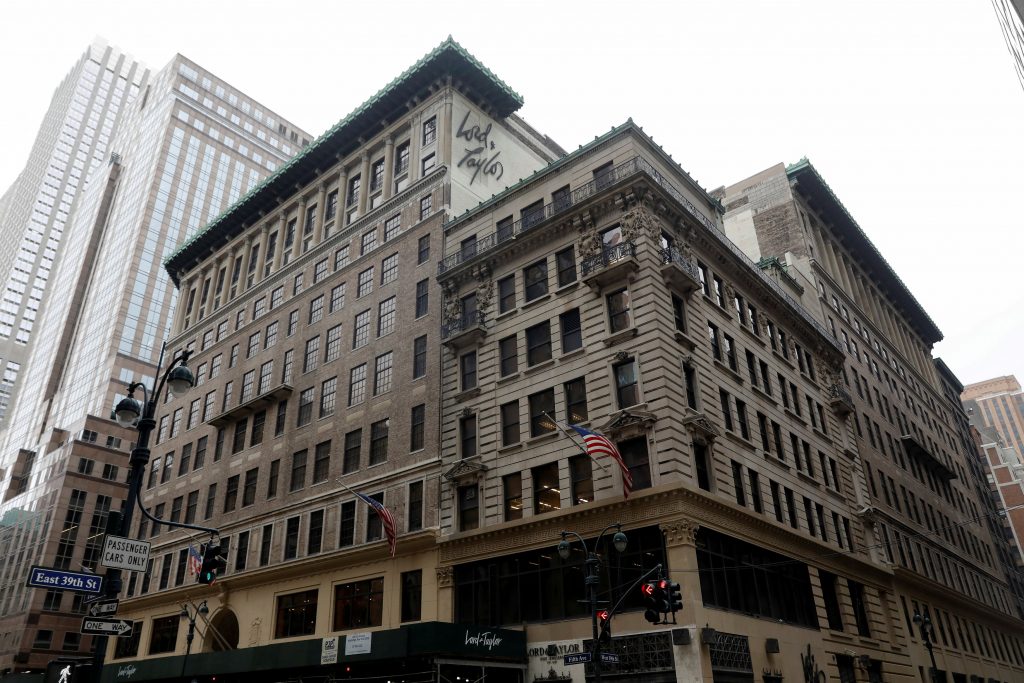 Lord & Taylor is abandoning plans to keep a store in the Fifth Avenue flagship it is selling, as the chain’s owner closes more stores and focuses on online sales.

The announcement Tuesday comes about seven months after the company said it would sell the century-old building to office space sharing company WeWork. Hudson’s Bay Co. had said then that it would keep less than a quarter of the 11-story building for a Lord & Taylor store.

Hudson’s Bay, which also operates Saks Fifth Avenue and other stores, said it expects to close up to 10 of its nearly 50 Lord & Taylor stores through 2019.

Like its competitors, Lord & Taylor is wrestling with a shift as consumers shop more online and less at department stores. Chains like J.C. Penney and Macy’s are closing unprofitable stores, and Bon-Ton Stores Inc. is liquidating its business. Sears Holdings Inc. has been selling off key assets while closing stores as well.

Lord & Taylor’s decision not to keep the Fifth Avenue store is the latest move under the new Hudson’s Bay CEO, former CVS Health executive Helena Foulkes, who took over in February. Hudson’s Bay had also announced Monday that it is selling its flash-sales site Gilt Groupe to rival Rue La La. When it bought the brand two years ago, Hudson’s Bay touted the purchase as a way to rev up online sales, but business didn’t live up to the company’s expectations.

In the meantime, Lord & Taylor is working with Walmart and launching a dedicated site on the discount retailer’s website. The new shop began rolling out last month and features more than 125 brands.