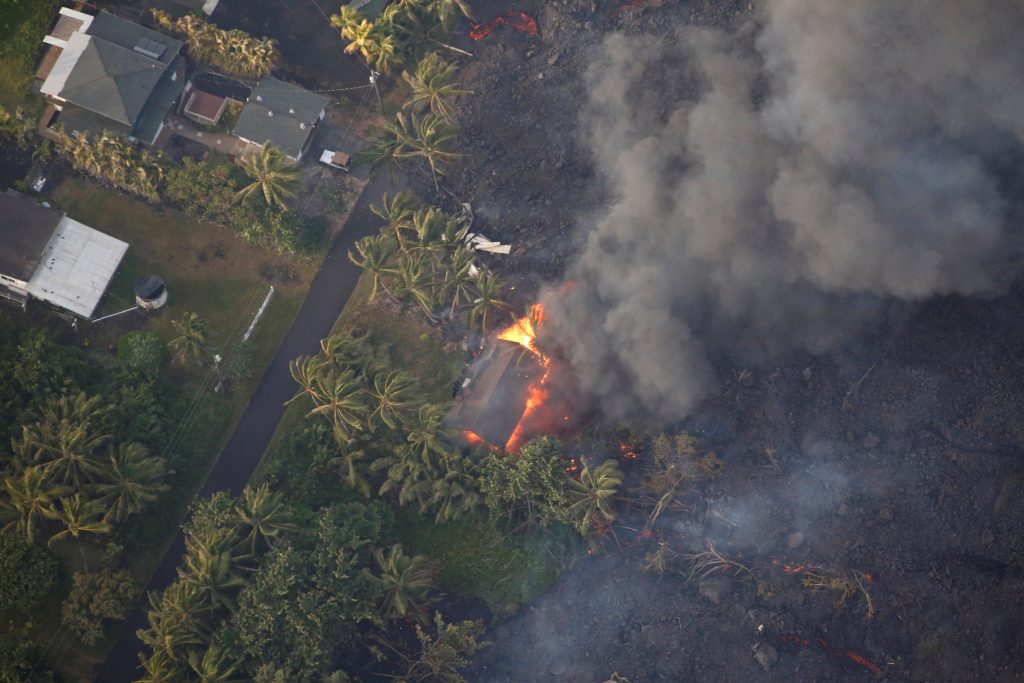 Lava from the Kilauea volcano destroyed hundreds of homes in a mostly rural area on the Big Island of Hawaii overnight, a county spokeswoman said Tuesday. The destruction yielded the largest number of destroyed homes since the eruption began last month.

No injuries were reported in the area, which had previously been evacuated.

“We don’t have an estimate yet, but safe to say that hundreds of homes were lost in Kapoho Beach Lots and Vacationland last night,” said Janet Snyder, a spokeswoman for Hawaii County.

A morning overflight confirmed that lava completely filled Kapoho Bay, inundated most of Vacationland and covered all but the northern part of Kapoho Beach Lots, scientists with the U.S. Geological Survey’s Hawaiian Volcano Observatory said.

County Managing Director Wil Okabe said his own vacation home in Kapoho Beach Lots was also threatened. Okabe described the area as a mix of vacation rentals and year-round residences.

“For us it’s more of a vacation area, but for those who live there permanently, they’re trying to figure out where they’re going to be living,” he said.

“He was very depressed,” Okabe said of how Kim felt about losing his vacation home. Kim and Okabe live in Hilo, the county’s seat, which is more than an hour drive from the Kapoho area.

Thousands in the Puna area had to evacuate after lava fissures started opening in neighborhoods a month ago. Officials had issued mandatory orders for residents of Leilani Estates and those in Kapoho Beach and Vacationland to leave by last Friday or risk being trapped and unreachable by emergency crews.

Homes in Kapoho Beach Lots and Vacationland are on smaller lots and are closer together than in other parts of the Puna district. Okabe estimated there are several hundred homes in each of the two subdivisions.