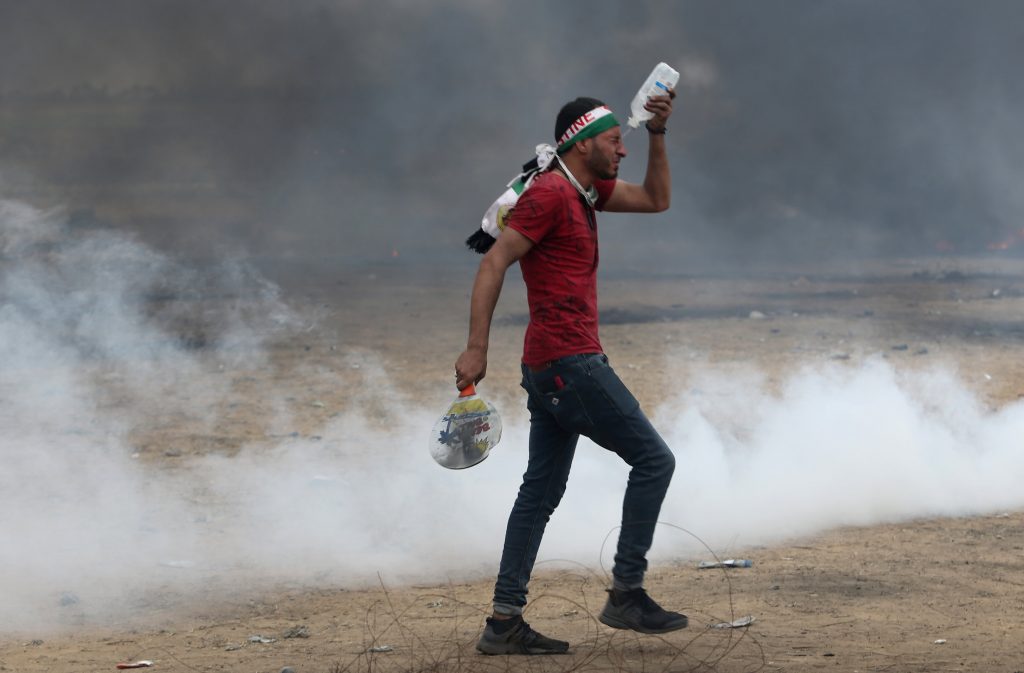 The riots that have taken place in recent weeks at the Gaza border fence “will seem mild” if Israel does not let up its closure of Gaza, said top Hamas Gaza terrorist Mahmoud a-Zahar. Speaking to Arab media Tuesday, a-Zahar said that “the next demonstrations will be full of blood.” A-Zahar demanded that Israel immediately end its land and sea blockade of Gaza, put in place in order to prevent Gaza terrorists from entering Israel and attacking civilians.

That upcoming, bloody riot could take place on Friday. A major demonstration at the border fence is planned for Friday at 5:00 p.m., with Hamas calling for tens of thousands to protest the “Naksa,” the day marking Israel’s victory in the 1967 Six Day War. Tuesday is actually the official anniversary of that event, but Hamas decided to postpone the major riot it is planning until Friday. The Palestinian Authority’s representative in Iran, who is a member of Hamas,  threatened Tuesday that Hamas would fire “hundreds of rockets” at Israel during the riot.

Meanwhile, things were relatively quiet at the Gaza border fence Tuesday. Several dozen people showed up early Tuesday, many of them equipped with kites, which they will presumably seek to launch at Israel in order to cause fires in Israeli forests and fields. On Monday, IDF soldiers discovered numerous bombs and weapons that had been planted along the border fence, presumably for use against IDF soldiers.

In a statement, the IDF said that “the discovery of these weapons is one of dozens of recent confiscation of such weapons, which are used to attack IDF soldiers. These weapons are witness to the violent nature of the demonstrations that Hamas is leading, the purpose of which is to carry out terror attacks against Israeli soldiers and civilians.”