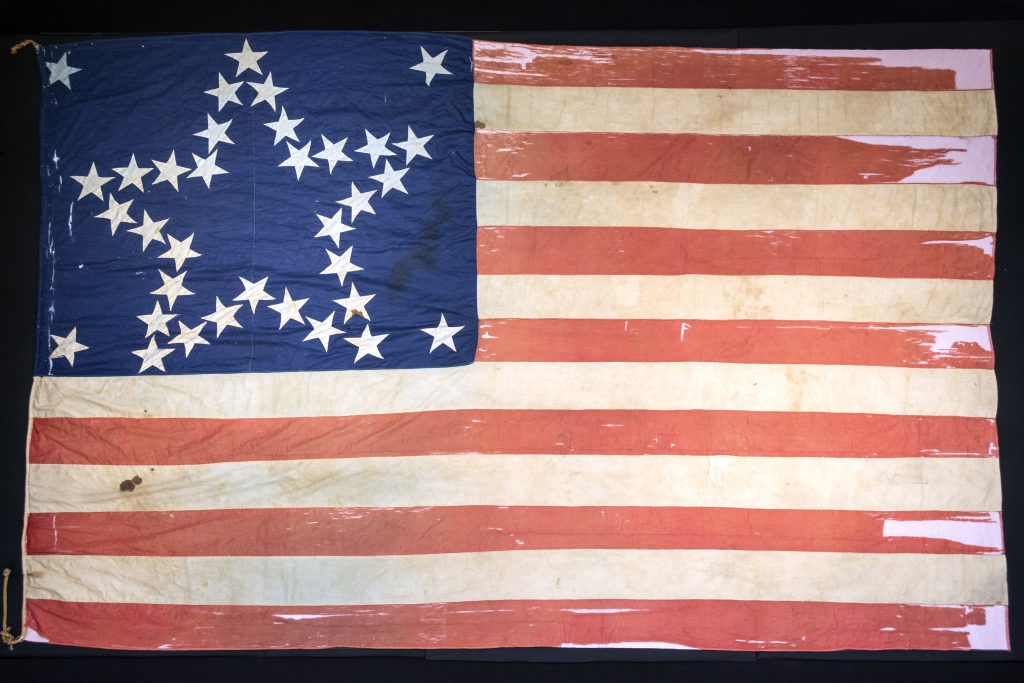 A 157-year-old flag from the Civil War is on display at a Green Bay museum.

The flag with a “Great Star” pattern was hand sewn by a Green Bay woman and is on display at the Neville Public Museum, Wisconsin Public Radio reported. The flag is part of the “Our Brown County” display.

It’s believed to have flown for a rally at the beginning of the Civil War and to have been displayed over what was Fort Howard in Wisconsin until about 1865.

“It was one of the last flags to fly over Fort Howard,” said Lisa Kain, the museum’s curator. “It’s a rare pattern, significant to that time period, so that also makes it so special.”

The museum acquired the flag in 1934, Kain said. It was recently rediscovered in the museum’s archive, which has more than 300,000 physical items.

The flag is about 12 feet in length and 8 feet tall. It’s made out of a blend of cotton and linen. The flag red stripes are the most damaged, which may be due to the 19th century dye, Kain said.

“Textiles are so very fragile and so it took a lot of time and effort in making sure that we had the right way to display it,” Museum Director Beth Lemke said.

Tulle backing was used to stabilize the flag, which is displayed in a specially-built box with a motion-sensor lighting system meant to stop light damage.