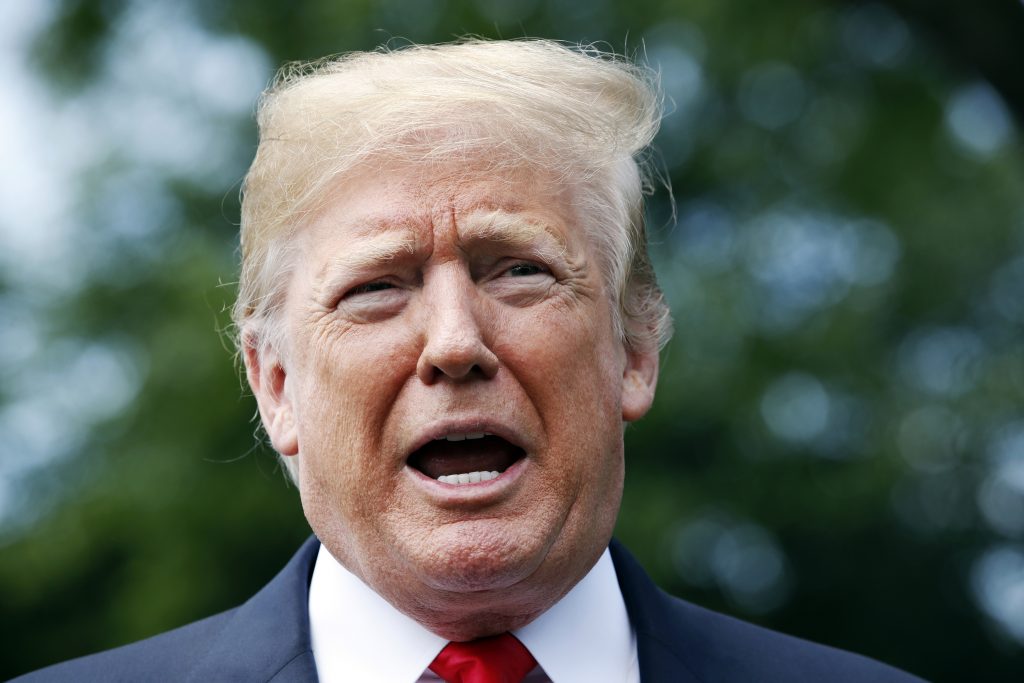 President Donald Trump on Monday said he had committed no wrongdoing but had the legal power to pardon himself, echoing the argument put forth by his lawyers in a memo to the U.S. special counsel investigating Russia that was made public in media reports over the weekend.

In a tweet, Trump weighed in on the question of whether he could pardon himself should the special counsel find he interfered in the investigation into Russia meddling in the 2016 election.

Trump’s lawyer, Rudy Giuliani, in television interviews Sunday, suggested Trump might have that authority to pardon himself but would be unwise to use it.

Giuliani told the NBC on Sunday that “Pardoning himself would be unthinkable and probably lead to immediate impeachment.”

Trump, in his tweet, declared: “As has been stated by numerous legal scholars, I have the absolute right to PARDON myself, but why would I do that when I have done nothing wrong?”

“In the meantime, the never ending Witch Hunt, led by 13 very Angry and Conflicted Democrats (& others) continues into the mid-terms!” Trump wrote.

Earlier Monday, Trump touted what he sees as his top accomplishments after 500 days in office.

Trump wrote: “We have accomplished a lot – many believe more than any President in his first 500 days.”

Trump has signed substantial tax cuts into law and has successfully nominated a slew of conservative judges. Economic expansion continues and the unemployment rate has hit an 18-year low.

Illegal border crossings, as Trump measures them, have gone up since he took office and he is still seeking more funding for a long-promised wall along the U.S.-Mexico border.