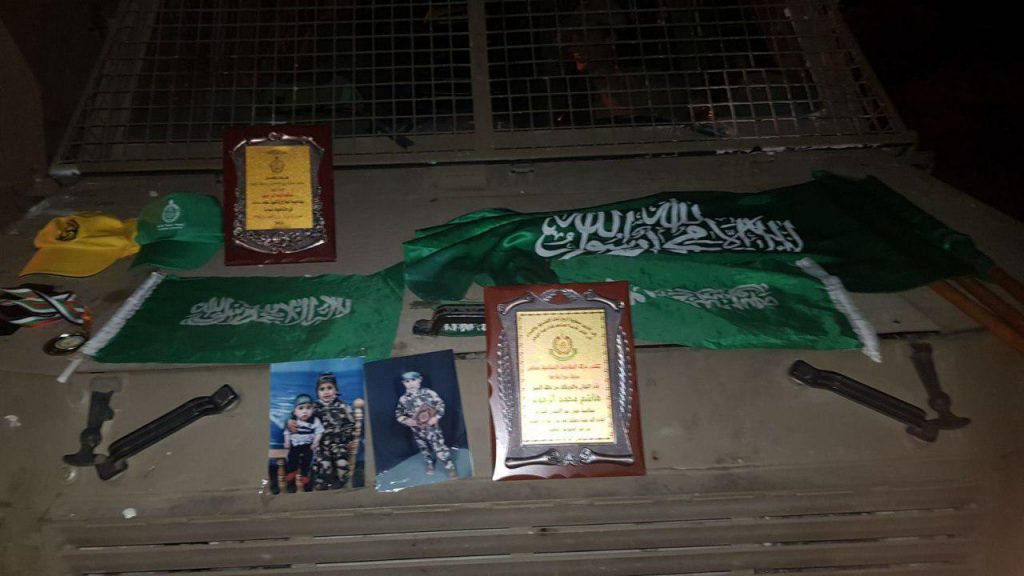 Overnight Sunday, an IDF raid on a warehouse in Chevron yielded a large amount of terror paraphernalia. Among the items confiscated were Hamas flags, masks for use by rioters, pepper spray, posters of “martyrs,” and other items. The army said that the materials were used to incite Arabs against Israel and Jews, and that it would continue to act against incitement of all types.

Also overnight, security officials said they arrested 7 wanted security suspects in other areas in Yehudah and Shomron. The suspects were wanted for participating in rioting and throwing stones and firebombs that endangered Israeli civilians and IDF soldiers. Several of the suspects were also charged with belonging to Hamas. All were being questioned on their activities by security forces.