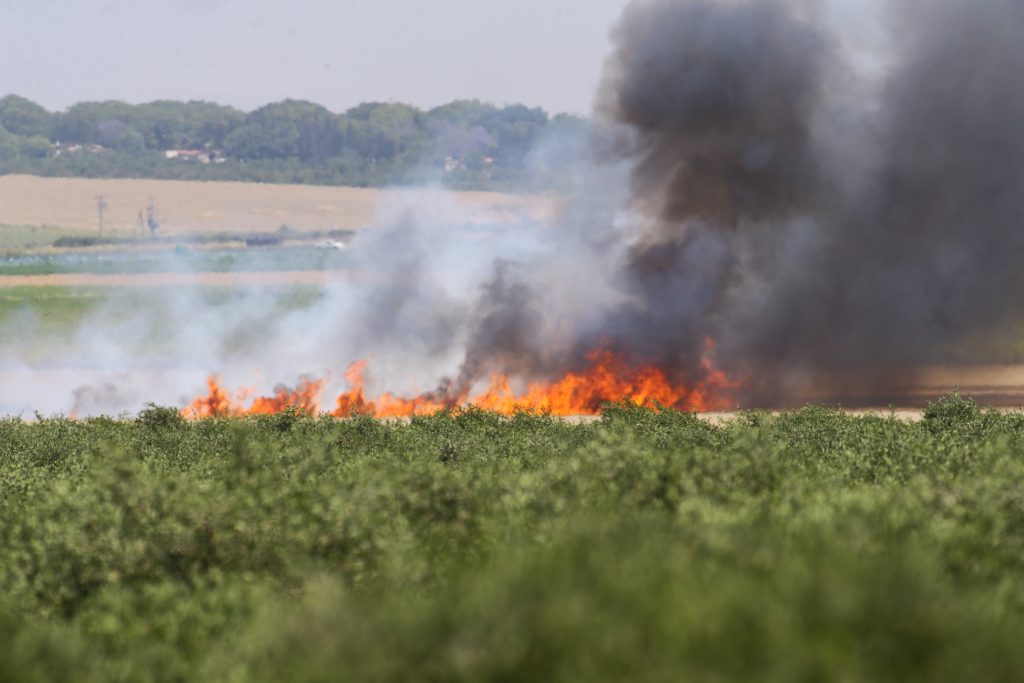 Israel will not accept “terror kite” attacks as a matter of course, and Hamas can expect a major retaliation soon if Gaza terrorists do not stop trying to fly them into Israel, said Defense Minister Avigdor Liberman. “It needs to be clear that we will no t pass by kite terror, riots on the Gaza border fence, attempts to break through the fence, or other terror acts. We will act as needed,” Liberman told a meeting of Yisrael Beytenu MKs Monday.

Since the end of March, when Gaza Arab terrorists began flying explosive-laden kites into Israel aimed at burning forests, orchards and fields in the Gaza border, some 600 kites have been dispatched against Israeli targets, Liberman said. Of those, 400 “were prevented from reaching their targets” using technological means. 200 of the kites did get to their targets, starting 196 fires. Some 9,000 dunams of forest and fields have been destroyed in the fires.

Israel has an “open account” with Gaza terrorists and “we do not keep open accounts,” Liberman added. “We will close our accounts with Hamas and Islamic Jihad.”