Hooked on Your iPhone? At WWDC 2018, Apple Finally Offers Help

By Geoffrey A. Fowler and Hayley Tsukayama 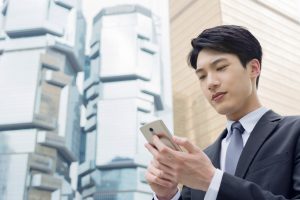 Apple is trying to make us love our iPhones a little less.

Helping consumers and parents combat addiction and encourage healthier relationships with technology was on Apple’s agenda at its annual Worldwide Developers Conference on Monday.

The event known as WWDC was long on details about new software capabilities and tweaks, but short on surprise and big-picture vision for the future of personal technology. Apple CEO Tim Cook touted the success of Apple’s app store, but he and other executives who took the stage for a two-hour keynote had little to say about seismic shifts tech shifts such as artificial intelligence, which set the tone at similar conferences in May from rivals Google and Facebook.

There was also no new hardware. Unlike Apple’s other confabs, where executives take the stage to make sales pitches for new hardware, WWDC was targeted at programmers who make apps for the iPhone, Mac, Apple Watch and other products. Apple previewed new versions of software, called iOS 12, WatchOS 5, tvOS 12 and MacOS Mojave, which won’t be finished and released widely for several months.

How is Apple addressing smartphone addiction?

Well, Apple executives didn’t exactly call it “addiction.” But Senior Vice President of Software Engineering Craig Federighi used a variety of euphemisms for it: “We might not realize just how distracted we’ve become,” he said.

He introduced three iOS 12 features to help limit distraction and help people understand how they’re using their iPhone and iPads:

1) An updated “do not disturb” mode lets you snooze notifications and other distractions for a window of time that you choose. And when you use “do not disturb” during bed time, your iPhone shows a mostly black screen until you tap the screen in the morning to dive in. No more midnight peeking!

3) The biggest change is a new activity report that lets you see how long you spend using each app, and lets you set limits. If you go over your own limit, iOS 12 will pop up a reminder and block the app, though you can grant yourself an extension. Parents can also use this system to monitor and remotely place limits on how their children use their own devices.

Apple said its biggest focus was on reliability and speed, promising apps would load twice as fast in high-performance situations. There was no mention of the impact on battery life.

It’s a walkie-talkie now. Yup, Watch users will be able to send short audio messages to each other with a tap. Each message is preceded by a double beep. Watch also got smarter about workouts, and can sense when they start and stop. Watch will also show some simple web pages, such as a restaurant menu or the text of an article, on your wrist.

When can I get the new software?

Tim Cook said the updates were coming “this fall.” In the past, iOS updates have arrived in September at the same time as new iPhones.

Apple is making beta versions of its software available to developers, but download them at your own risk – and certainly don’t put them on devices you rely on for daily use.

Wait, was there really no new hardware?

That’s right. No sign of new iPads, MacBooks – or even the AirPower wireless charger Apple first promised last fall but has yet to deliver.