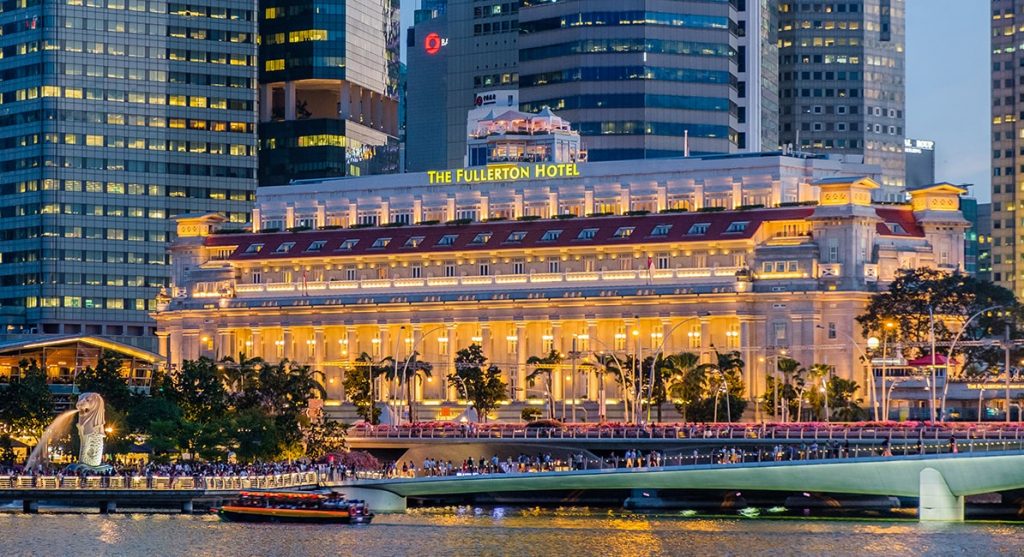 At an island resort off the coast of Singapore, U.S. event planners are working day and night with their North Korean counterparts to set up a summit designed to bring an end to Pyongyang’s nuclear-weapons program.

But a particularly awkward logistical issue remains unresolved, according to two people familiar with the talks. Who’s going to pay for Kim Jong Un’s hotel stay?

The prideful but cash-poor pariah state requires that a foreign country foot the bill at its preferred lodging: The Fullerton, a magnificent neoclassical hotel near the mouth of the Singapore River where just one presidential suite costs more than $6,000 per night.

The mundane but diplomatically fraught billing issue is just one of numerous logistical concerns being hammered out between two teams led by White House deputy chief of staff Joe Hagin and Kim’s de facto chief of staff, Kim Chang Son, as they strive toward a June 12 meeting.

After weeks of uncertainty, President Donald Trump called off the summit last week, blaming “open hostility” from North Korea. But a flurry of diplomacy across two continents got the meeting back on track, and Mr. Trump announced Friday that he would attend as initially planned.

When it comes to paying for lodging at North Korea’s preferred 5-star luxury hotel, the United States is open to covering the costs, the two people said, but it’s mindful that Pyongyang may view a U.S. payment as insulting. As a result, U.S. planners are considering asking the host country of Singapore to pay for the North Korean delegation’s bill.

“It is an ironic and telling deviation from North Korea’s insistence on being treated on an ‘equal footing,’ ” said Scott Snyder, a Korea expert at Council on Foreign Relations.

Still, the heavily sanctioned and isolated regime has a long history of making bold monetary demands.

During the 2018 Olympics in Pyeongchang, South Korea set aside $2.6 million to cover travel accommodations for a North Korean cheering squad, an art troupe and other members of the visiting delegation.

At the same games, the International Olympic Committee paid for 22 North Korean athletes to travel to the event.

In 2014, when former U.S. Director of National Intelligence James Clapper Jr. visited North Korea to retrieve two prisoners, his North Korean hosts served him an “elaborate 12-course Korean meal,” the veteran intelligence official said, but then insisted that he pay for it.

“These norms were laid in the early 2000s, when Seoul’s so-called ‘sunshine policy’ took off,” said Sung-Yoon Lee, an expert on Korea at Tufts University, referring to a policy of rapprochement associated with former South Korean President Kim Dae-jung. “North Korea can build nukes and ICBMs, but claim they are too poor to pay for foreign travel costs.”

Any payment for North Korean’s accommodations would run afoul of Treasury Department sanctions, said Elizabeth Rosenberg, a former Treasury official. The transaction would require the Office of Foreign Assets Control to “temporarily suspend the applicability of sanctions” through a waiver, she said.

The United States is expected to request these waivers from the U.N. and Treasury for a range of payments associated with North Korea’s travel, but a long list of exemptions could draw scrutiny.

“There are legitimate mechanisms built in for exemptions depending on the circumstance, but this could run into public and political criticism and send the wrong message to North Korea,” said Duyeon Kim, a visiting fellow at the Korean Peninsula Future Forum, a non-partisan think tank in Seoul.

Figuring out how to pay Pyongyang’s hotel tab won’t be the only unusual planning obstacle that comes with hosting an event with the isolated regime. The country’s outdated and underused Soviet-era aircraft may require a landing in China due to concerns it won’t make the 3,000-mile trip; a visit that would likely require a plausible cover story to avoid embarrassment. Alternatively, the North Koreans might travel in a plane provided by another country.

Many of those issues have been secondary to the major decision of selecting a venue space for the two leaders to meet. For that, the two sides are believed to have settled on the Capella hotel on the resort island of Sentosa. Situated off Singapore’s southeast coast, the hotel boasts a mix of colonial-style buildings and curvy modern edifices.

On Wednesday, a Washington Post reporter witnessed construction crews erecting tents and other facilities required for a large event. The reporter was later instructed to leave the premises after interacting with the U.S. planning delegation, which is currently staying at the resort. The resort’s relative seclusion appealed to security-conscious U.S. and North Korean officials.

During Trump’s visit to Singapore, he is expected to stay at the Shangri-La, a 747-room hotel that is accustomed to high-security events due to its hosting of the annual Shangri-La Dialogue, a security conference that attracts dozens of ministers of defense and state.

White House and State Department officials repeatedly declined to comment on the advance team planning, keeping those discussions more opaque than the substance of the negotiations.

Rexon Ryu, former White House official who dealt with the North Korea nuclear issue, said the North Korean side in particular has an interest in keeping those discussions quiet.

“These talks go to the question of security and if anything, that’s probably most immediately paramount to Kim,” he said. “I think for many folks on the North Korean side this is more important than the content of the negotiations.”