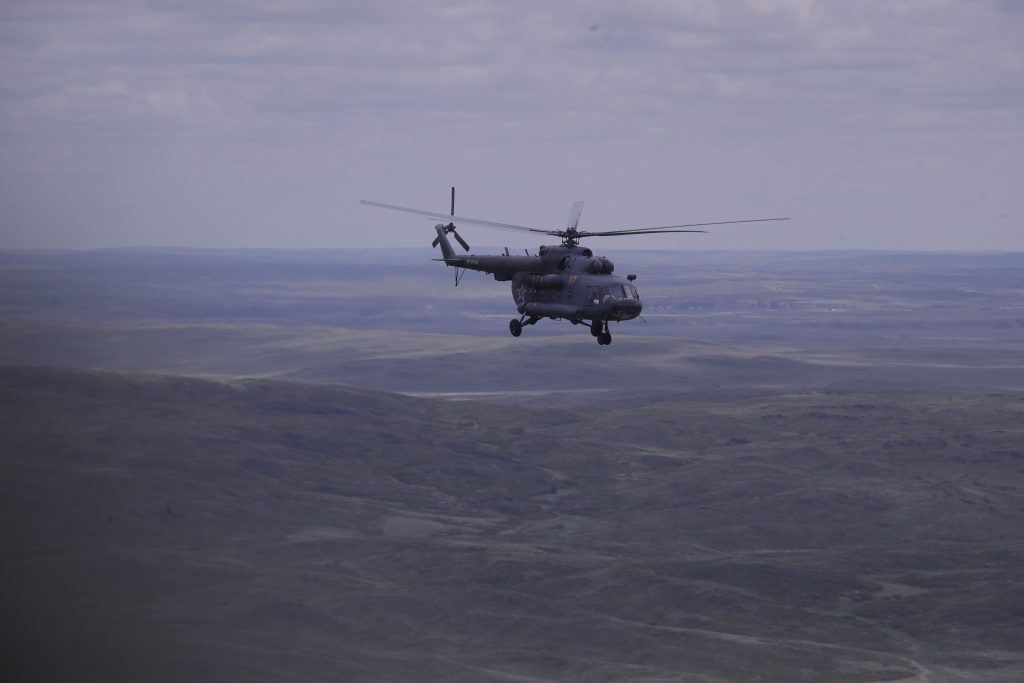 A Russian Soyuz space capsule carrying three astronauts from the International Space Station has landed safely in the steppes of Kazakhstan.

The capsule hit the ground at 6:39 p.m. (local time) Sunday without apparent problems, descending under a red-and-white parachute.

Aboard were Russian Anton Shkaplerov, American Scott Tingle and Japan’s Norishige Kanai, ending a 168-day mission. All three were extracted from the capsule within 30 minutes. They appeared to be in good condition as they sat in lounge-type chairs near the capsule so they could re-adjust to the pull of gravity.

The astronauts will later be taken to Karaganda, about 250 miles to the northeast. There they will undergo a longer medical exam and then be flown either to Moscow or Houston.

The orbiting laboratory now has a crew of three: Americans Drew Feustel and Ricky Arnold and Russian Oleg Artemyev. Another three astronauts are to be launched to the space station on Wednesday from the Baikonur complex in Kazakhstan.