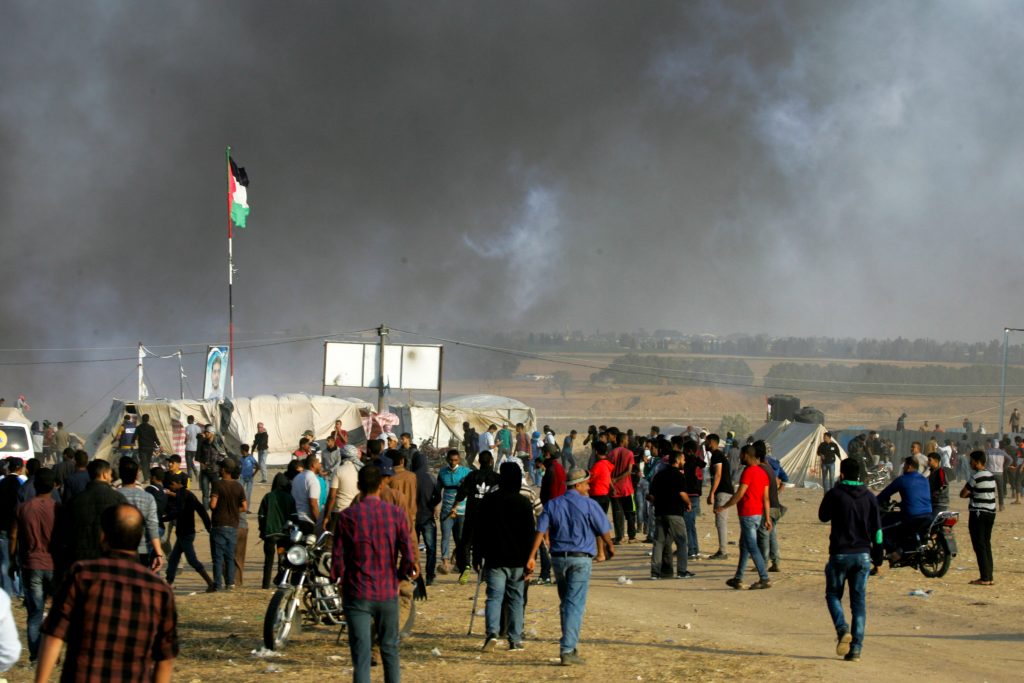 While the economies of Israel and Palestinian Authority-controlled areas of Yehudah and Shomron improved significantly in recent years, the economy of Gaza has been on a “death spiral,” said a report in Walla News, citing an array of figures gathered by international aid organizations. Hamas has effectively cut off the Gaza economy, the report said, and as a result ordinary Gazans are suffering – badly. The figures were compiled by Defense Ministry officials, and are being used to show Gazans how Hamas has damaged them.

The figures showed that in the past six years, consumer spending has risen 17 percent in PA-controlled areas of Yehudah and Shomron, but fell by a like amount in the same time period in Hamas-controlled Gaza. Poverty rates have also fallen in PA areas; in 2009, 19.4 percent of the population there was under the poverty line, compared to 13.9 percent in 2017. In Gaza, fully 53 percent of the population is under the poverty line, up from 38.3 percent in 2009. The poverty line in Gaza is NIS 2,470 per month for a family of five, and fewer than half of Gazans earn this, the report said.

Figures also show that the GDP in PA-controlled areas rose 39 percent between 2010 and 2017, while it fell 8.5 percent during that period in Gaza. The per capita annual GDP in PA areas in 2017 was $3,996, while in Gaza it was $1,803. In 2005 – a year before Israel completely withdrew from Gaza – the difference between the two areas was just $70, with Gaza trailing PA areas just slightly.

The security establishment is interested in improving the lot of Gazans, but is unclear on how to proceed. One reason Gazans were doing so much better before the 2006 disengagement by Israel was because tens of thousands of them were allowed to work in Israel. Today, no Gazans have Israeli work permits, and Defense Minister Avigdor Liberman intends on keeping it that way, Walla quoted security officials as saying. But, they added, “Liberman’s intention is to improve the economic situation in Gaza. We want to ensure the health and welfare of Gazans.”