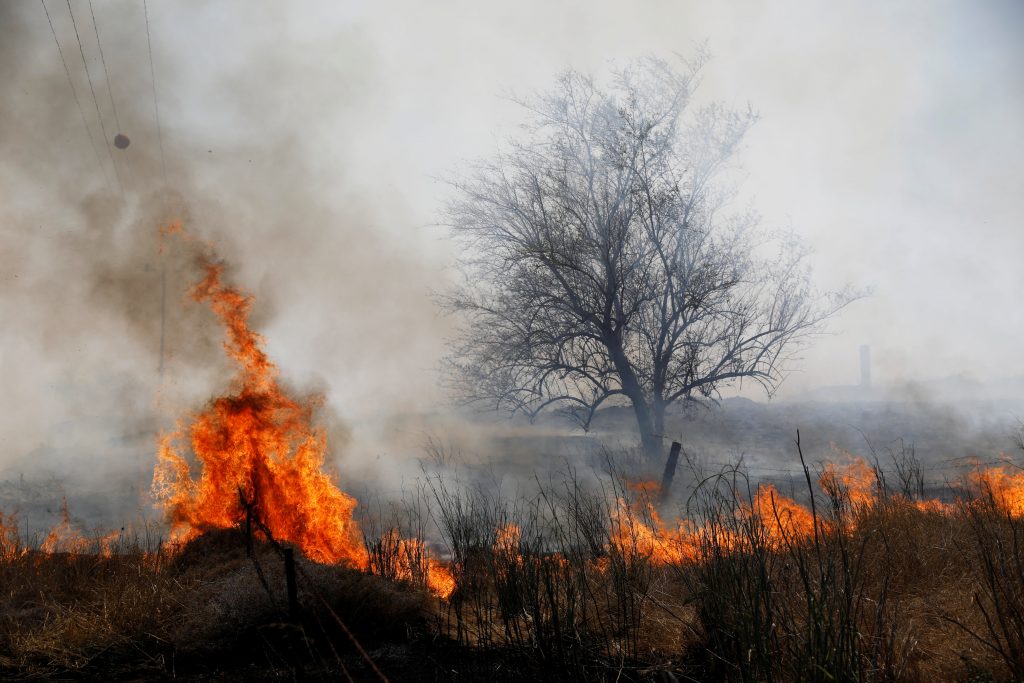 Israeli Prime Minister Binyamin Netanyahu wants to make the Palestinian Authority pay for the damage caused to Israeli agricultural lands by fire kites launched from Gaza over the past several weeks.

Netanyahu directed National Security Adviser Meir Ben-Shabbat to initiate the process of reducing the monthly tax funds transferred to the PA corresponding to the assessed amount of losses to Israeli farmers, the prime minister’s Office said on Sunday.

Firebomb-carrying kites and balloons sent over the Gaza border into southern Israel in the last six weeks have started 3,000 separate fires and ruined an estimated 2,500 acres of farmland, according to figures quoted by Hadashot news.

The arson continued on Sunday, as Israeli firefighters were called out to extinguish at least four brushfires started by the airborne devices from Gaza.

Hundreds of acres were ravaged near the communities of Nir Am, Or Haner and Be’eri after a kite ignited a fire in the Shaar Hanegev Regional Council’s Simhoni Forest.

The fire disrupted public transportation, necessitating closure of the southbound lane of Route 34 and forcing Israel Railways to shut down the Ashkelon-Netivot route.

Gazans terrorists have upgraded their tactics, as well. Initially, they launched firebomb-carrying kites into Israel. Now they are also using helium balloons carrying long-burning materials like charcoal. The balloons are capable of penetrating deeper into Israeli territory, spreading destruction several miles beyond the border, according to Hadashot.

The Israel Nature and Parks Authority (INPA) said that the arson poses a threat to the local animal population and nature reserves, as in the case of a fire started by a kite at Hof Ashkelon Regional Council’s Karmiya Reserve over Shabbos.

The fire consumed about 75 acres, decimating the reptile population and some of the birds in the area.

“Swamp cats, cranes, hyenas and their cubs populate the reserve during this time of year. I assume the hyenas will know how to lead their cubs out of areas inflicted by the fire, albeit not always. Most of the damage done is to the reptile population and ground-incubating animals such as partridges and their chicks. There are birds that are still nesting,” Coby Soffer, Israel’s southern coastal plain’s inspector, told Ynet.

“Our tortoises obviously don’t have a chance to escape the fire, as well as the snakes that didn’t take cover. I assume that animals deep inside holes in the ground are protected,” Soffer added.

Meanwhile, the IDF announced that a large-scale exercise in southern Israel would proceed despite the ongoing tensions.

Local residents were notified that they should expect to see an increased number of troops, military equipment and aircraft in the skies. The drill, which will last through Wednesday, was planned in advance “to preserve the fitness and preparedness of the troops,” the military said.

The Air Force will be conducting a separate drill throughout the country that is set to last until Thursday.