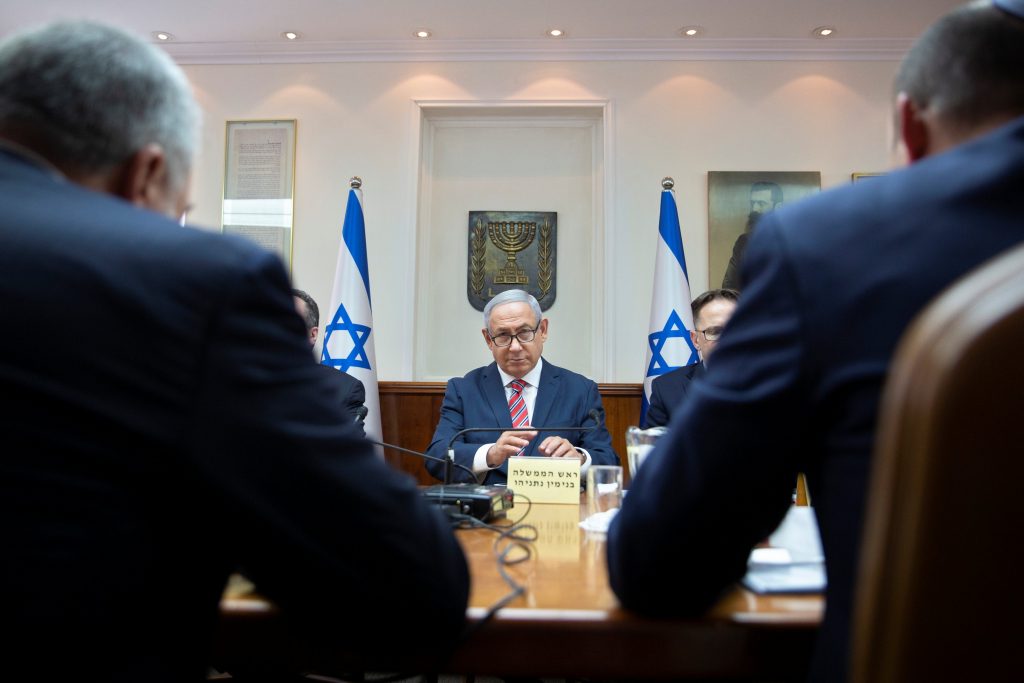 Israeli Prime Minister Binyamin Netanyahu will depart for Europe to meet with leaders there on Monday, he told the weekly cabinet meeting on Sunday.

“Tomorrow I will leave for Europe to meet with three main leaders: Angela Merkel, Emmanuel Macron and Theresa May. While I will discuss with them developments in the region, the emphasis will be on Iran, first of all on continuing to block Iran’s nuclear program,” PM Netanyahu said.

“Of course, I will reiterate an unchanging truth: Israel will not allow Iran to achieve nuclear weapons.

“The second thing is the blocking of Iran’s plans for expansion and aggression throughout the Middle East, especially in Syria. I will also insist on a basic principle: Israel retains – and will continue to retain – freedom of action against the establishment of an Iranian military presence anywhere in Syria.”

PM Netanyahu is scheduled to arrive in Berlin on Monday morning for talks with Chancellor Merkel. In the evening he goes to Paris, where he will meet Pres. Macron and take part in the launching of a series of Israeli-French cultural events to mark 70 years of diplomatic ties between the two countries. On Wednesday, he flies to London to meet with PM May, before returning to Israel on Thursday.