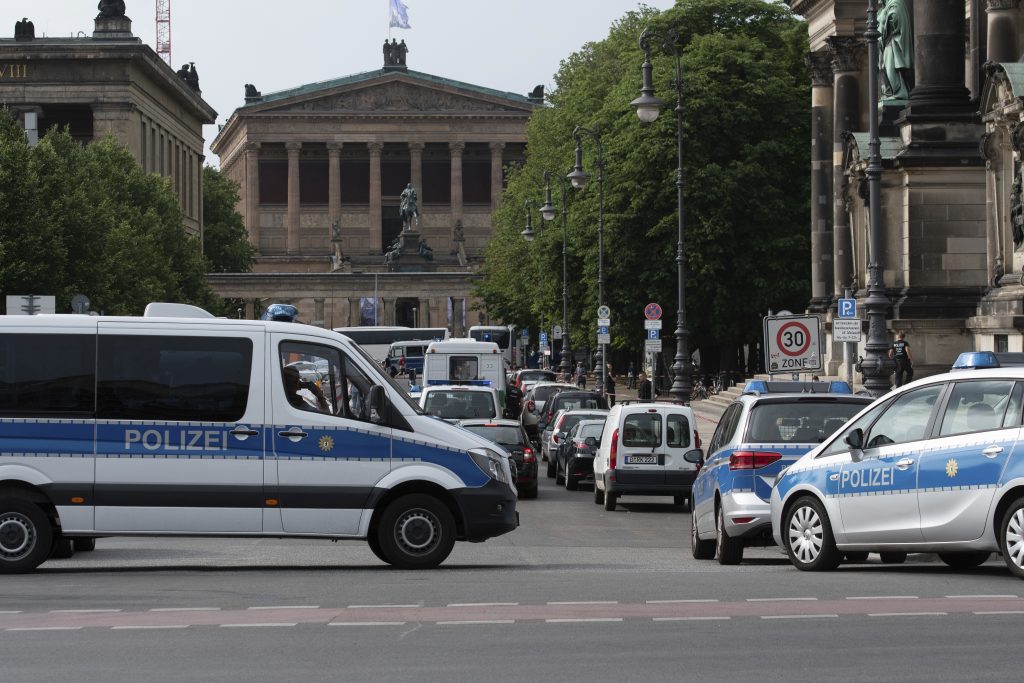 Berlin police shot and wounded a 53-year-old Austrian man who yelled and waved a knife inside the cathedral in the center of the German capital Sunday, a police spokesman said.

There was no immediate indication the man’s reported actions were linked to terrorism, Berlin police spokesman Winfrid Wenzel said. The dpa news agency quoted police as saying the man appeared to be confused.

Wenzel said the incident began when the man entered the Berliner Dom and waved a knife in the area of the altar. Cathedral employees called police and safely escorted about 100 visitors out of the cathedral.

Two officers responded to the call and asked the suspect repeatedly to put down the knife, to no avail, police said. The officers used a chemical spray to disarm him, but it did not seem to have an effect.

One of the officers then opened fire, wounding the man. The second officer also was inadvertently wounded by the shot fired by his colleague, Berlin police said.

Both the suspect and the police officer were taken to a hospital. Police said the suspect underwent surgery, while the officer was treated for minor injuries and released.

The area around the cathedral is typically crowded with tourists and visitors, particularly on Sunday.