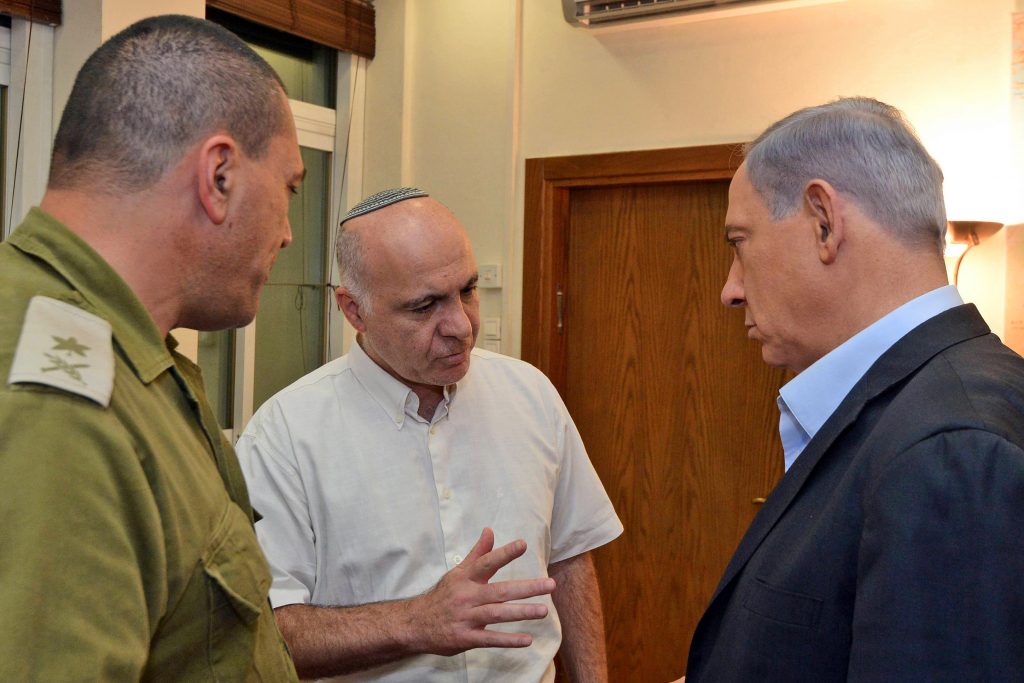 The accusation by former Mossad head Tamir Pardo on the Uvdah (Fact) program Thursday night that Prime Minister Binyamin Netanyahu secretly listened in on phone calls between himself and former IDF Chief of Staff Benny Gantz continued to make political waves over the weekend. Late Friday, Netanyahu issued his fourth denial of the accusation within a 24-hour period. In a social media post, Netanyahu said that “there is a new scandal, loudly announced, by some program which claims to have the ‘facts’ about my eavesdropping on conversation. The only problem is that it’s a lie.

“It’s not just I who says that, it is the former head of the Shin Bet who says it as well,” Netanyahu wrote.

In the interview, Pardo said that Netanyahu had enlisted the Shin Bet for help in listening in on the conversations, but former Shin Bet head Yoram Cohen said that this was untrue. Channel 20 quoted Cohen as saying that the rumors about the eavesdropping “have been flying around for a long time, and the story was long ago disproved.” Cohen said that he had been asked about this numerous times and always denied it. “It’s not clear why I was not asked for a response this time,” he said.

In a statement, Avi Dichter, head of the Knesset Foreign Affairs and Defense Committee and himself a former Shin Bet director, said, “I know this is a lie, Tamir knows it is a lie. There is no such thing as a prime minister asking the Shin Bet to wiretap someone, because all such requests must be approved by the Attorney General and the Prosecutors Office, and by a Shin Bet committee, and a subcommittee of the Foreign Affairs and Defense Committee. Plus, if such wiretaps had occurred, they would have been listed in a special Shin Bet report, which of course there is no trace of. In other words, for this to have happened there would have had to be a series of impossible occurrences.”

That was not enough to convince the opposition. Zionist Camp head Avi Gabay asked Attorney General Avichai Mandelblit to open an investigation into the matter. “A prime minister who sends the head of the Shin Bet to spy on his colleagues cannot remain in his position. He cannot be in charge of intelligence affairs, and he must go home.”

In an interview, Ilan Dayan, who interviewed Pardo, said that she had nothing against Netanyahu, who in an earlier social media post accused her of “targeting” him. “This incident appears to be related to efforts by Netanyahu to stem leaks of government activities and policies, which was a major issue at the time. Netanyahu sought to increase vigilance and enforcement against leaks, and part of that could have been special actions, like the wiretaps.” Regarding Cohen’s denial, Dayan said she had no doubt that he was telling the truth, “because it was clear to him that this was an extraordinary action for the Shin Bet, so he refused.”

In his post, Netanyahu said that he wanted to reveal the “truth about the recordings I listen to,” and listed a series of Israeli and foreign musicians and groups. “I listen to old music and new, and that is the extent of my ‘eavesdropping.’ Will the media apologize for this lie? I doubt it.”