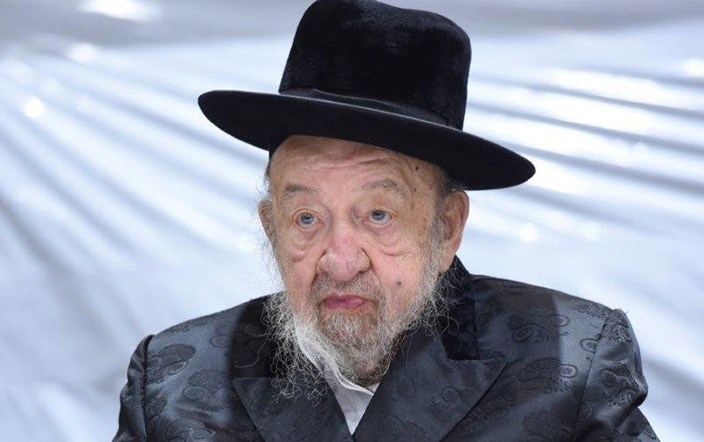 The Gerrer community was saddened to learn of the petirah of Harav Shmuel Shmelke Aschkenazi, z”l, on Sunday morning in Laniado Hospital in Netanya.

Harav Aschkenazi, 86, lived for many years in Queens and had settled in Eretz Yisrael in recent years.

Harav Aschkenazi was born in 5692/1932, to his father Harav Yoel Aschkenazi, Rav of Iași (Yas), Romania. He was named for his paternal grandfather, Harav Shmuel Shmelke Tobias, the author of Karnei Re’em on Shas, and Rav of Iași . His father was the last Rav of Iași  before the Holocaust.

His parents moved to Eretz Yisrael, where they settled in Yerushalayim. As a young bachur, Shmelke was drawn close to the Beis Yisrael of Ger, zy”a. After several years in Eretz Yisrael, his parents moved to America, where his father was appointed Rosh Yeshivah in Satmar by the Satmar Rebbe, zy”a, who was related to Rav Aschkenazi – both named for their mutual grandfather, Harav Yoel Aschkenazi of Zlotchov.

In America and in Eretz Yisrael, Reb Shmelke was noted for his tzedakah and chessed. He was a talmid chacham of renown.

Five years ago, his only son, Reb Menachem Mendel, z”l, was niftar. Despite his personal loss, his strong emunah didn’t let him fall to despair.

In the past years his physical health had weakened, but he endeavored to continue going to the Gerrer beis medrash, where he had a place near the Rebbe, shlita.

The levayah left Kiryat Sanz, Netanya, Sunday morning to Yerushalayim. The levayah continued from the Gerrer beis medrash, with a large crowd taking part in the kavod acharon for Reb Shmelke, including the Gerrer Rebbe, shlita. Kevurah was on Har Hamenuchos.