National IN DEPTH: Trump’s Tariffs: What They Are and How They Would Work
National 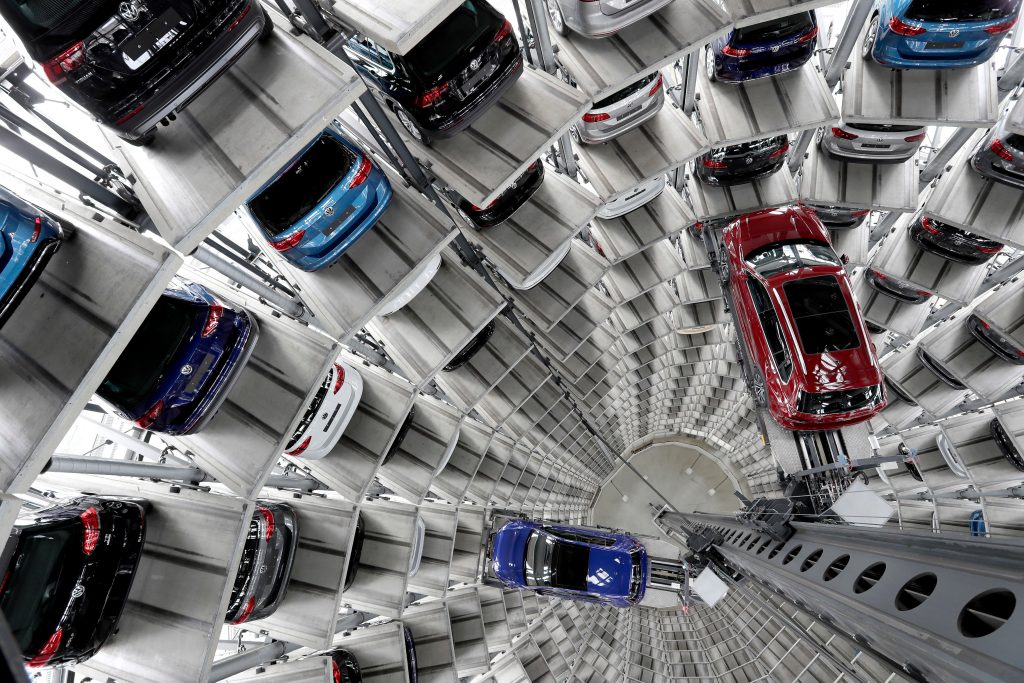 As a tool of national trade policy, tariffs had long been fading into history, a relic of 19th and early 20th centuries that most experts regarded as mutually harmful to all nations involved. But President Donald Trump has dusted them off in recent months and restored tariffs to a prominent place in his America First approach to the rest of the world.

Trump enraged U.S. allies Canada, Mexico and the European Union last week by slapping tariffs on their steel and aluminum shipments to the United States; most other countries have been paying the tariffs since March.

He has also threatened tariffs on up to $150 billion in Chinese products to punish Beijing for pressuring U.S. companies to turn over technology in exchange for access to the Chinese market. China has vowed to retaliate with tariffs of its own.

Trump has also asked the U.S. Commerce Department to look into imposing tariffs on imported cars, trucks and auto parts, arguing that they somehow pose a threat to U.S. national security.

The president took to Twitter on Saturday to defend his aggressive trade policies. “The United States must, at long last, be treated fairly on Trade,” Trump tweeted. “If we charge a country ZERO to sell their goods, and they charge us 25, 50 or even 100 percent to sell ours, it is UNFAIR and can no longer be tolerated. That is not Free or Fair Trade, it is Stupid Trade!”

A look at what tariffs are, how they work, how they’ve been used in the past and what to expect now:

SO WHAT ARE TARIFFS?

Tariffs are a tax on imports. They’re typically charged as a percentage of the transaction price that a buyer pays a foreign seller. Say an American retailer buys 100 garden umbrellas from China for $5 apiece, or $500. The U.S. tariff rate for the umbrellas is 6.5 percent for umbrellas. The retailer would have to pay a $32.50 tariff on the shipment, raising the total price from $500 to $532.50.

In the United States, tariffs — also called duties or levies — are collected by Customs and Border Protection agents at 328 ports of entry across the country. Proceeds go to the Treasury. The tariff rates are published by the U.S. International Trade Commission in the Harmonized Tariff Schedule, which lists U.S. tariffs on everything from dried plantains (1.4 percent) to parachutes (3 percent).

Sometimes, the U.S. will impose additional duties on foreign imports that it determines are being sold at unfairly low prices or are being supported by foreign government subsidies. It’s not always easy to match a specific product to a specific tariff or to keep up with which products from which countries are facing, say, special anti-dumping duties.

“It’s very complicated,” says John Brew, a trade lawyer at Crowell & Moring LLP. “The big companies will have staff that this is all they do.”

Q: WHAT ARE TARIFFS SUPPOSED TO ACCOMPLISH?

Two things: Raise government revenue and protect domestic industries from foreign competition. Before the establishment of the federal income tax in 1913, tariffs were a big money raiser for the U.S. government. From 1790 to 1860, for example, they produced 90 percent of federal revenue, according to “Clashing Over Commerce: A History of US Trade Policy” by Douglas Irwin, an economist at Dartmouth College. By contrast, last year tariffs accounted for only about 1 percent of federal revenue.

In the fiscal year that ended Sept. 30, the U.S. government collected $34.6 billion in customs duties and fees. The White House Office of Management and Budget expects tariffs to fetch $40.4 billion this year.

Those tariffs are meant to increase the price of imports or to punish foreign countries for committing unfair trade practices, like subsidizing their exporters and dumping their products at unfairly low prices. Tariffs discourage imports by making them more expensive. They also reduce competitive pressure on domestic competitors and can allow them to raise prices.

Tariffs fell out of favor as global trade expanded after World War II.

The formation of the World Trade Organization and the advent of trade deals like the North American Free Trade Agreement among the U.S., Mexico and Canada reduced tariffs or eliminated them altogether. The average U.S. tariff is now one of the lowest in the world: 1.6 percent, the same as the European Union’s, the Pew Research Center reports.

“A lot of products are either free of duty or at a low rate of duty,” says Paula Connelly, a trade lawyer in Woburn, Massachusetts.

Q: WHY ARE TARIFFS MAKING A COMEBACK?

After years of trade agreements that bound the countries of the world more closely and erased restrictions on trade, a populist backlash has grown against globalization. This was evident in Trump’s 2016 election and the British vote that year to leave the European Union — both surprise setbacks for the free-trade establishment. Critics note that big corporations in rich countries exploited looser rules to move factories to China and other low-wage countries, then shipped goods back to their wealthy home countries while paying low tariffs or none at all. Since China joined the WTO in 2001, the United States has shed 3.1 million factory jobs, though many economists attribute much of that loss not to trade but to robots and other technologies that replace human workers.

Trump campaigned on a pledge to rewrite trade agreements and crack down on China, Mexico and other countries. He blames what he calls their abusive trade policies for America’s persistent trade deficits — $566 billion last year. By imposing tariffs, he is beginning to turn his hard-line campaign rhetoric into action.

Most economists — Trump’s trade adviser Peter Navarro is a notable exception — say no. The tariffs drive up the cost of imports. And by reducing competitive pressure, they give U.S. producers leeway to raise their prices, too. That’s good for those producers — but bad for almost everyone else.

Rising costs especially hurt consumers and companies that rely on imported components. Some U.S. companies that buy steel are complaining that Trump’s tariffs put them at a competitive disadvantage. Their foreign rivals can buy steel more cheaply and offer their products at lower prices.

In 2002, the administration of President George W. Bush slapped tariffs on imported steel. A study financed by steel-consuming businesses found that the tariffs cost 200,000 American jobs in 2002.

More broadly, economists say trade restrictions make the economy less efficient. Facing less competition from abroad, domestic companies lose the incentive to increase efficiency or to focus on what they do best.