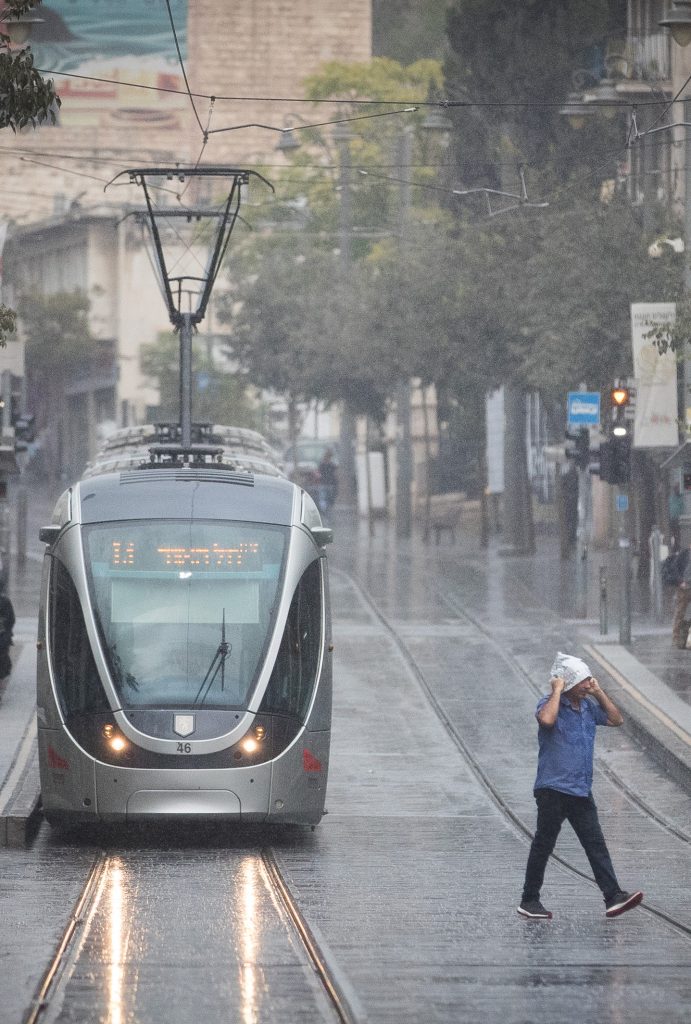 Although the weather at the beginning of June is usually summer-like, for the next several days Israel will be experiencing what experts said was a winter weather pattern, as temperatures dip and rain is expected in several parts of the country.

Temperatures are as much as ten degrees celsius (50 F.) lower than normal for this time of year, especially in the interior of the country, while in the lower areas and the coastal region, humidity is very high, with temperatures low as well.

Rain fell Thursday in some parts of the north, and more rain is expected in those areas Friday and Shabbos. There is a significant chance of rain in the center of the country as well, and rain could even reach the northern Negev.

Flood warnings for the Judean Desert and Arava have been issued. Rain is expected to taper off Shabbos afternoon, but will return Sunday, and extend into Monday. A warming trend is seen only in the middle of next week.

Veteran Gush Etzion weather forecaster Barry Lynn, whose Weather It Is Israel service provides detailed forecasts for dozens of communities, said in a social media post that “the weather maps are looking very much like winter. A storm will drop down from the northwest and bring heavy showers to the north, possibly moderate showers to the center, and lighter showers over southern areas. The circulation pattern associated with this storm is not a sharav (heat wave, more common this time of year), but rather that associated with a Mediterranean cyclone (or Cyprus low) – or wintertime low.”

While Lynn does not expect significant rain, “the sea temperatures are warm enough to provide a good source of moisture for any convective storms that might develop as the storm moves through, he said.