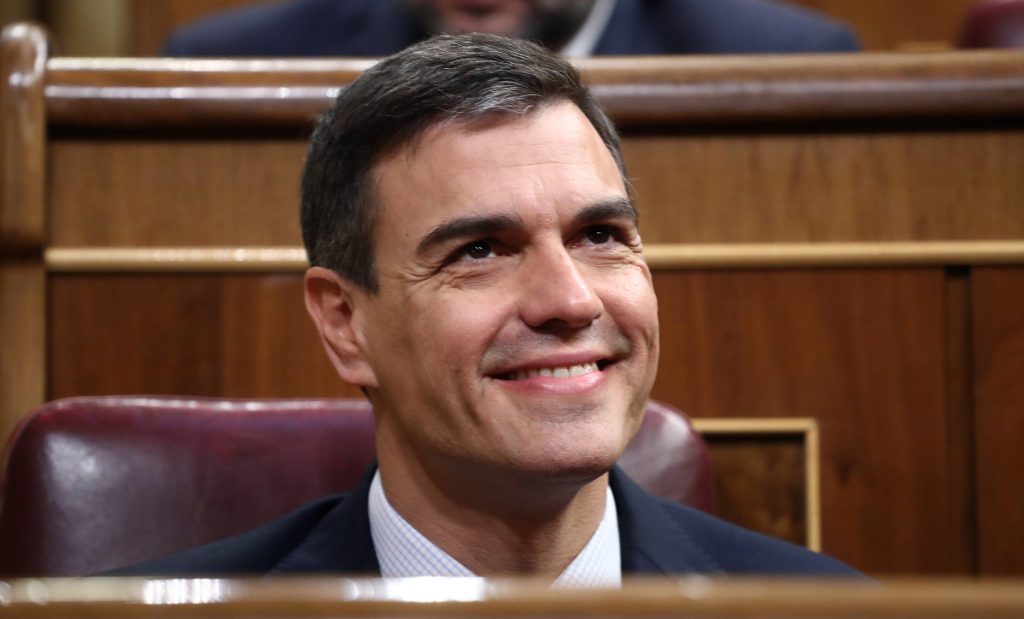 Catalan authorities announced their new cabinet on Friday, paving the way for Madrid to end direct rule over the region by excluding four nominees under investigation for their role in its independence drive.

The news coincided with the departure of Mariano Rajoy as Spain’s prime minister, voted out of office by parliament on Friday and replaced by Socialist leader Pedro Sanchez.

Sanchez said on Thursday that, if his party’s motion of no-confidence against Rajoy succeeded, he would resume dialogue with the government of Catalonia.

Rajoy imposed direct rule on the region in October after sacking its government following an independence referendum that Spanish courts declared illegal.

His failure to resolve the political crisis caused by the standoff contributed to dissatisfaction with him, though the no-confidence vote – backed by Catalan pro-independence parties – was triggered primarily by a long-running corruption trial involving members of his center-right party.

The Catalan government said in a statement on Friday afternoon that its new cabinet members would take office on Saturday morning.

Under the terms of its rule, Madrid is obliged to devolve power back to the Catalan government once it is fully constituted and its cabinet members named.

In his first cabinet list presented on May 19, Catalan leader Quim Torra included candidates either in exile as a consequence of the independence bid or under investigation for their role in it.

Spain’s central government then refused to publish their names in the Catalan official gazette, effectively preventing the new regional administration from taking office.

The cabinet announced on Friday includes eight men and six women, with Elsa Artadi as spokeswoman, replacing Jordi Turull, who served under exiled former Catalan leader Carles Puigdemont and is in custody awaiting trial for his part in the independence drive.