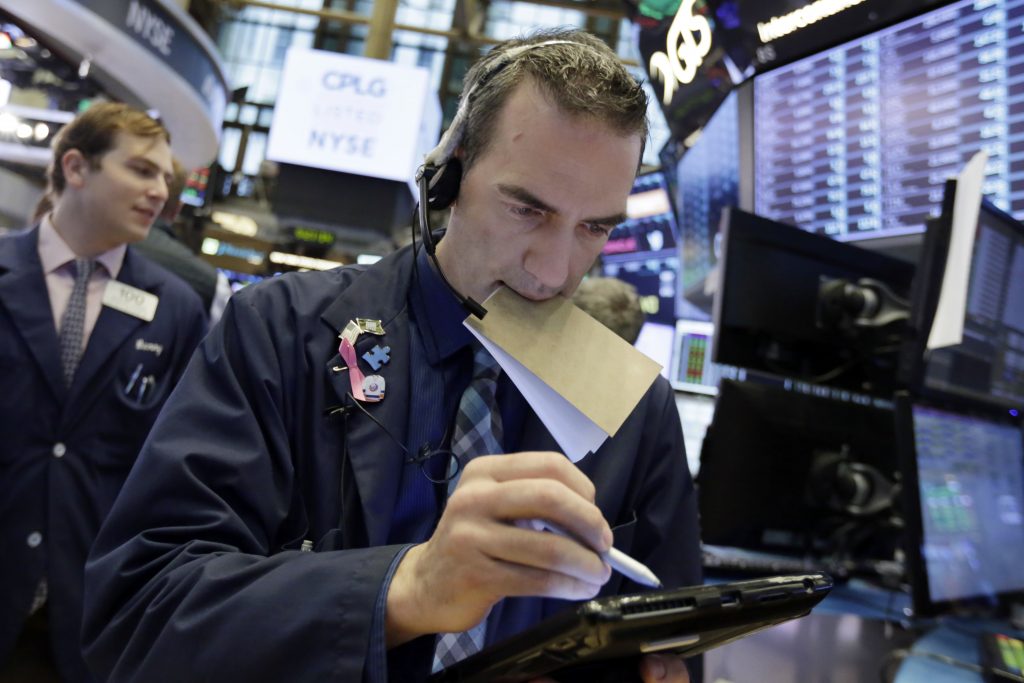 U.S. stocks fell on Thursday after the United States moved to impose metal tariffs on imports from Canada, Mexico and the European Union, prompting a tit-for-tat response from some of its trading partners.

U.S. Commerce Secretary Wilbur Ross said a 25 percent tariff on steel imports and a 10 percent levy on aluminum imports from its allies would come into effect on Friday.

Mexico retaliated with “equivalent” measures on farm and industrial products, targeting apples, grapes and cheeses, as well as steel.

The S&P 500 packaged foods and meats index dipped 2.3 percent with all its 10 components in the red. Kraft Heinz and Mondelez were the biggest lags on the index.

“The market is worried about retaliation, they are looking for what would come from the EU side,” said Zhiwei Ren, managing director and portfolio manager at Penn Mutual Asset Management in Horsham, Pennsylvania.

Friction between the United States and its trading partners have roiled financial markets, especially after President Donald Trump in March decided to impose the metal tariffs.

Adding to the trade worries was a report that Trump aimed to push German carmakers out of the United States altogether, after launching a national security probe last week into car and truck imports.

Nine of the 11 major indexes were in the red, led by declines in the industrial stocks.

S&P technology index jumped 0.48 percent, helped by a 2.3 percent gain in shares of Alphabet Inc and 2.3 percent rise in Facebook.

The biggest percentage gainer on the S&P 500 was General Motors, which surged 10.4 percent after Japan’s SoftBank Group decided to invest $2.25 billion in its autonomous vehicle unit.