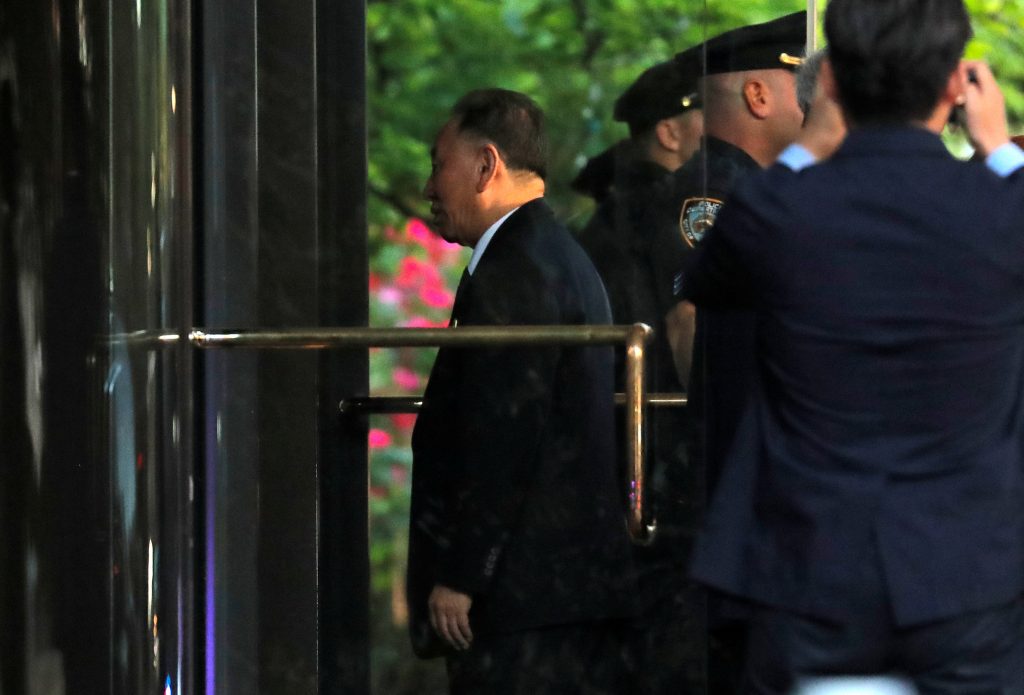 Secretary of State Mike Pompeo and high-ranking North Korean official Kim Yong Chol enter a second day of meetings in New York on Thursday as they try to settle nuclear weapons disagreements and set the stage for an historic summit between their two leaders.

The two men left a 90-minute private dinner at a New York apartment on Wednesday night without providing details about their conversation. Another round of talks was scheduled for Thursday, with Pompeo expected to leave New York that afternoon.

The United States has been demanding that North Korea abandon its nuclear weapons program amid reports that it is close to being able to launch a nuclear-tipped missile capable of reaching the United States.

Pyongyang has long argued that it needs nuclear weapons for its security.

There were reports earlier on Wednesday that South Korean officials were noting “quite significant” differences between the United States and North Korea over denuclearization.

The New York meetings follow high-level conversations Pompeo held in North Korea in April and earlier in May and are intended to get negotiations between the two long-time adversaries back on track.

President Donald Trump and North Korean leader Kim Jung Un had been scheduled to hold an unprecedented summit in Singapore on June 12. Disputes between Washington and Pyongyang led Trump to cancel the meeting, only to see a renewal of diplomatic efforts in recent days.

Kim Yong Chol, a close aide of Kim Jong Un and vice chairman of the ruling Workers’ Party’s Central Committee, is the most senior North Korean official to meet top U.S. officials for talks in the United States in nearly two decades.

In return for giving up its nuclear weapons, Washington could potentially loosen sanctions on Pyongyang, leading to possible food and other aid to impoverished North Korea and improved ties with South Korea.

A senior State Department official briefed reporters separately as Pompeo and Kim Yong Chol met late on Wednesday. The official, who asked not to be identified, said North Korea is “going to have to make clear what they are willing to do” in response to Washington’s demands.

Trump, the official said, “can make a fly or no-fly decision anytime he wants,” referring to the possible Singapore summit.

If not enough progress is made to lead to a productive meeting between Trump and Kim Jung Un, the official said, “we will ramp up the pressure on them and we’ll be ready for the day that hopefully they are ready.”

The two Koreas have technically been at war for decades, even though the Korean War’s military combat ended in 1953, because a peace agreement was never signed.