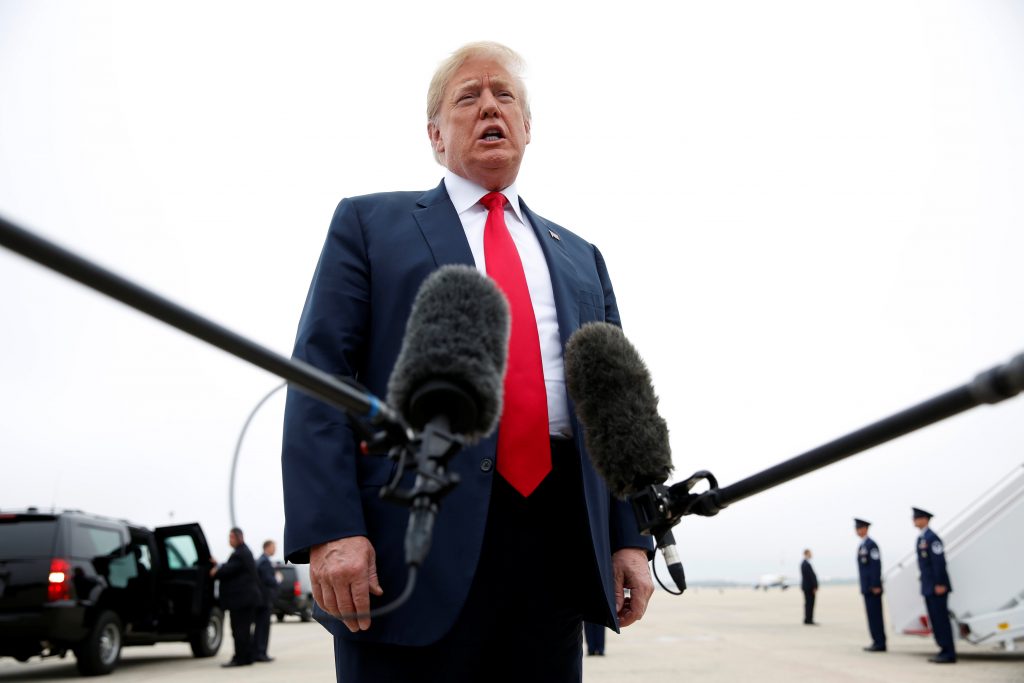 President Donald Trump said Thursday that talks with North Korea in New York have been very positive and he is expecting the delegation from Pyongyang to travel to Washington on Friday to deliver a letter to him from leader Kim Jong Un.

“I look forward to seeing what’s in the letter,” Trump said as he left Joint Base Andrews for a trip to Houston. Asked if a deal was taking shape, Trump said: “I think it will be very positive. … The meetings have been very positive.”

Trump said he believes the North Koreans may come to Washington Friday and that a letter will be “delivered to me from Kim Jong Un.”

President Trump added “hopefully we will have a meeting on the 12th.”

After an informal dinner on Wednesday, Sec. Pompeo and envoy Kim Yong Chol met at the three-bedroom apartment residence of the U.S. deputy ambassador to the United Nations. Kim Yong Chol, one of Kim Jong Un’s closest aides, is the highest-ranking North Korean official to visit the U.S. in 18 years.

Secretary Pompeo, who spoke with President Trump on Wednesday night and with National Security adviser John Bolton early Thursday, was accompanied by Andrew Kim, the head of a CIA unit assigned to work on North Korea, and Mark Lambert, the head of the State Department’s Korea desk.

The Singapore summit has been in flux for days. President Trump last week canceled the sit-down, but then quickly said it could get back on track.

U.S. teams have been meeting with North Korean officials in Singapore and in the heavily fortified Korean Demilitarized Zone.