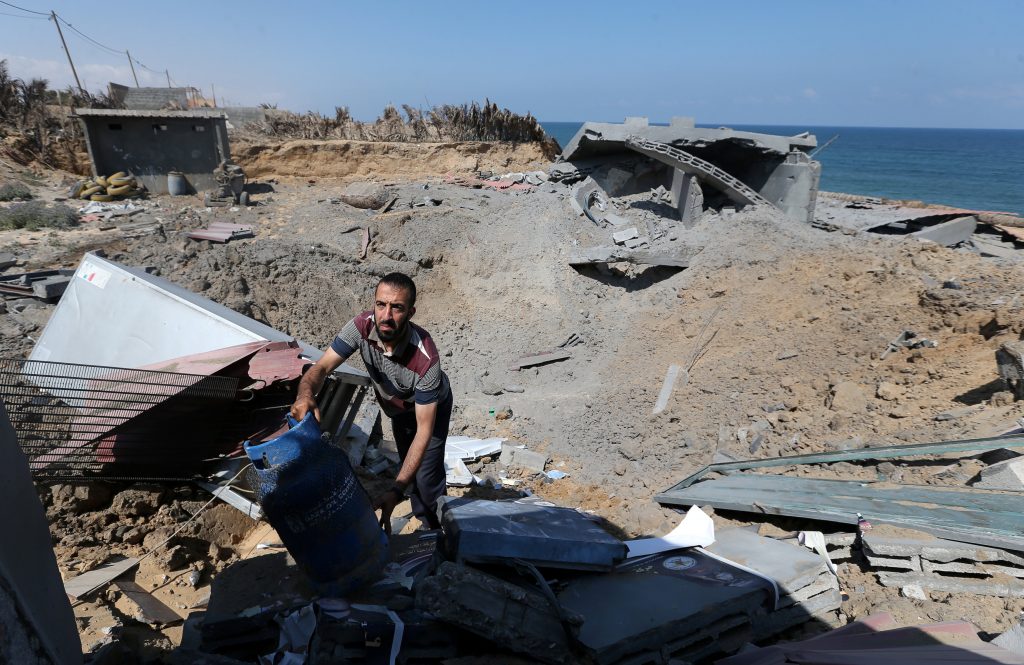 The International Committee of the Red Cross is sending two teams of war surgeons to Gaza and setting up a surgical unit in the enclave’s main hospital to treat heavy casualties from recent violent demonstrations along the border with Israel.

Since protests on the Gaza-Israel border began on March 30, Israeli troops have killed 115 Palestinians and wounded more than 13,000 people, including 3,600 by live ammunition, Robert Mardini, ICRC’s director for the Near and Middle East, said.

Hamas has admitted, however, that most of the deaths were members of its terror organization.

Israel has blamed Hamas for orchestrating the protests in cynical exploitation of Gaza residents, putting men, women and children in danger to cover attempts to breach the border fence and carry out terror attacks. Israeli authorities repeatedly issued warnings to the local population to remain a safe distance from the border. The IDF ordered soldiers to use live ammunition only in self-defense or in response to attempts to infiltrate across the border.

On Wednesday, U.S. Ambassador to the U.N. Nikki Haley defended Israeli actions. She rebuked the Security Council for its indifference to the Gaza crisis, labeling it “outrageous,” and asked the envoys: “Who among us would accept 70 rockets launched into your country? We all know the answer to that. No one would.”

The ICRC will set up a 50-bed surgical unit at al-Shifa hospital, Gaza’s largest.

The six-month surge of medical expertise, drugs and equipment will speed the long road to recovery and relieve an overwhelmed health-care system, he said.

Some 60 percent of the wounded have injuries to the legs and many will need lengthy physical therapy and psychological support, he said. Thirty-two patients have had limbs amputated, he added, citing figures from Palestinian authorities.

Mardini said the economy of Gaza was “suffocating,” with high unemployment, electricity limited to four hours a day, and a broken water and sanitation system that pours 20 million liters of untreated sewage into the Mediterranean daily.

“The whole Gaza is a sinking ship,” he said.

Israeli officials have acknowledged the severe problems in Gaza, but have pointed out that Hamas prefers to spend its resources on rockets and terror tunnels rather than urgently needed social services.