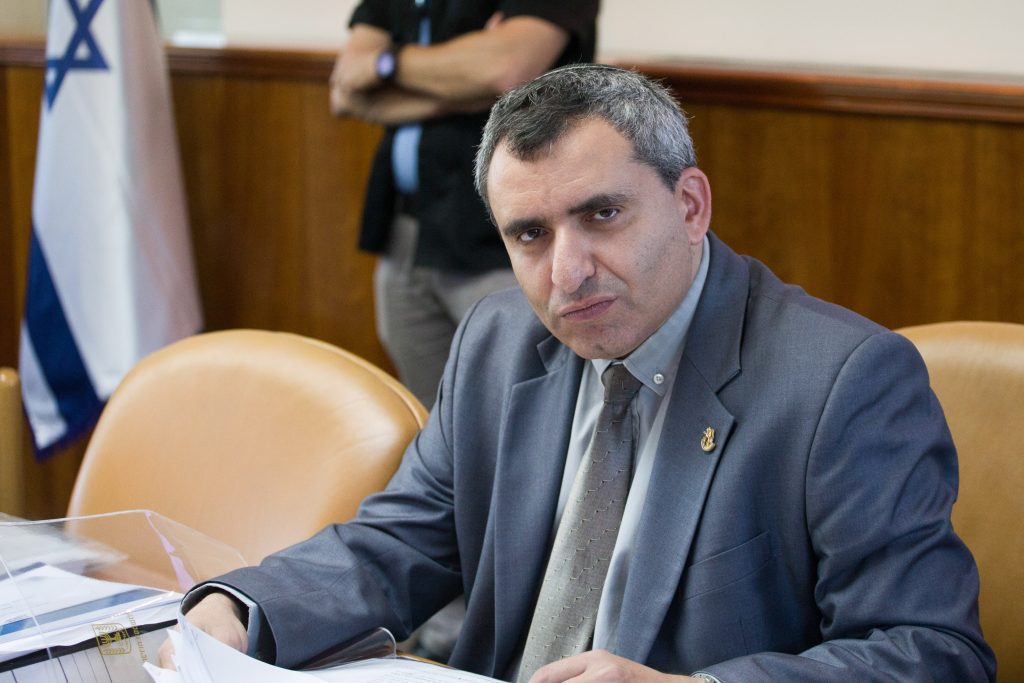 Likud MK Ze’ev Elkin, who currently serves as both Minister of Yerushalayim Affairs and Environmental Protection Minister, released a statement Thursday announcing that he will be running for mayor of Yerushalayim in the upcoming municipal elections in October.

“Dear residents of Yerushalayim, I just notified the prime minister that I have decided to run for mayor. I am prepared to give up my position as a senior minister and member of the Cabinet for Yerushalayim, because Yerushalayim is the most important national challenge.

“I ask for your faith and support in the elections,” he said in a video posted on his social media account.

Mayor Nir Barkat announced in March that he would not seek a third term in office, and would instead run for Knesset with the Likud party.

Elkin is currently a resident of the Judean town of Kfar Eldad, south of Yerushalayim. He moved his address to Yerushalayim, to be able to be a legal candidate for the election.

Born in Ukraine, Elkin immigrated to Israel at age 19. Elkin has served as an MK since 2006, he first ran with the Kadima party, before moving to the Likud.

After Barkat’s announcement, his rival in the 2013 municipal elections, Moshe Leon, announced he would run again for the position of mayor. “Five years ago, I decided to put my previous life aside, turned my efforts, abilities and talents into the best interests of Yerushalayim, and invested my energies as a member of the city council,” said Leon.

Other names in the race include Ofer Berkowitz and Meir Turgeman.

The chareidi parties have yet to make their decision.

Prime Minister Binyanim Netanyahu, with whom Elkin has very close ties, did not comment on the annoucement.