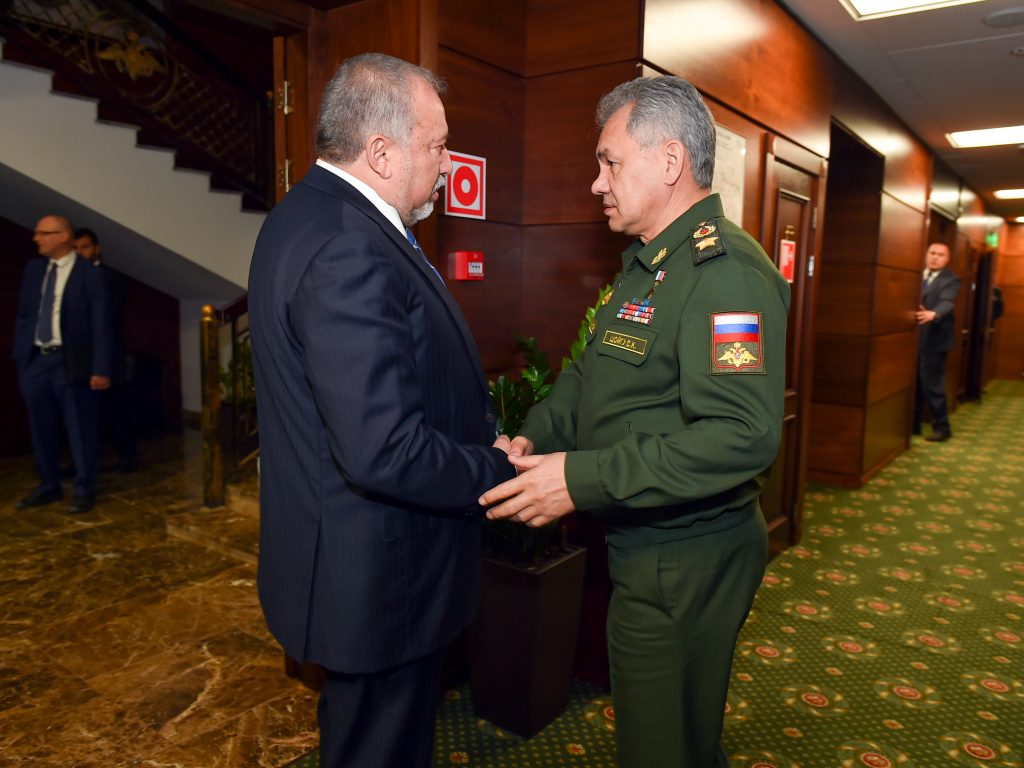 Russian Foreign Minister Sergei Lavrov said on Wednesday the withdrawal of all non-Syrian forces from Syria’s southern border with Israel should happen as soon as possible.

The Syrian government’s plans to recapture rebel-held parts of the region have raised Israeli concerns that its backers — Iran and the Lebanese militant group Hezbollah — could take up positions along the frontier.

Prime Minister Binyamin Netanyahu has warned that his government would not allow Iran to maintain a military presence anywhere inside Syria.

Russian news reports said Moscow wants to cut a deal that would see Russian military police deployed to areas near Israel. The agreement would envisage the pullout of all Iranian forces from the area and require Syrian rebels to surrender heavy weapons.

Earlier this month, Israel said it launched intensive airstrikes in Syria after Iran launched rocket fire from the south into the Golan.

A senior Israeli official made clear that Netanyahu’s government would not deem the exclusion of Iranian forces from the border region sufficient.

“When you consider the advanced weapon systems – surface to surface missiles and antiaircraft systems – that the Iranians want to deploy in Syria, it becomes clear that they must be prevented from doing so in all of Syria and not only within a limited distance from the Israeli border,” Chagai Tzuriel, director general of the Intelligence Ministry, told Reuters.

Moscow, Syrian President Bashar al-Assad’s ally, brokered a string of de-escalation zones for insurgent enclaves last year, though fighting raged on in some. With the support of Russia and Iran, the Syrian army mounted an offensive on the eastern Ghouta enclave and seized it in April.

The southwest region is home to tens of thousands of people and forms a center of the insurgency.

Syrian state media have reported leaflet drops on rebel territory there urging fighters to accept government rule, and a UK-based monitor has reported army movements into the south – two signs of a potential military offensive.