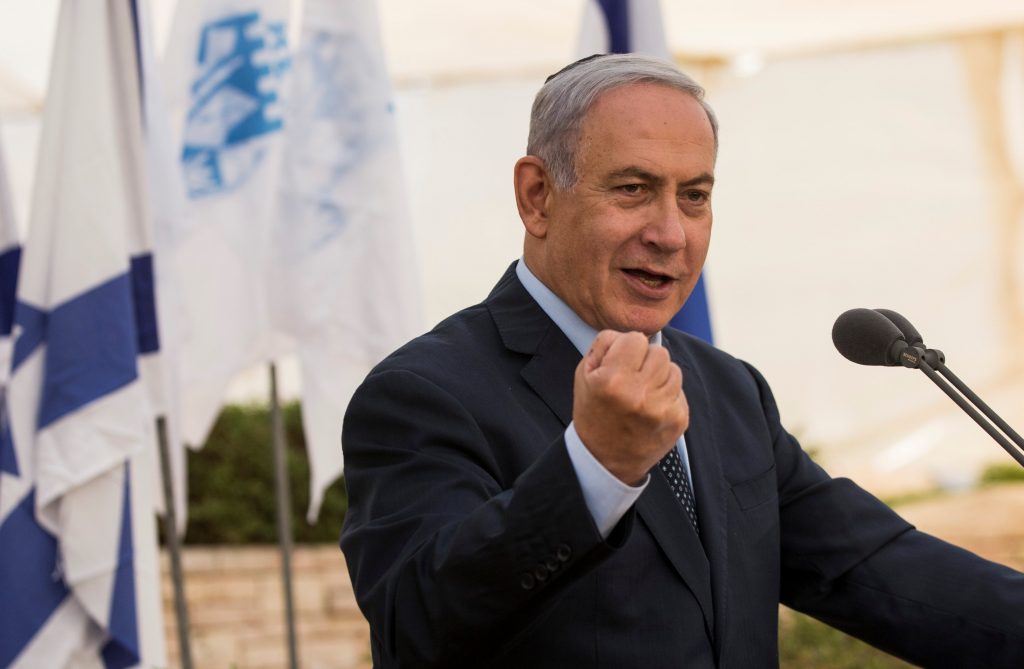 Israeli Prime Minister Binyamin Netanyahu said on Wednesday that in Tuesday’s military operations the “IDF has hit dozens of terrorist targets in the severest blow we have landed on them in years.”

Netanyahu put blame for the recent violence on “Hamas, Islamic Jihad and the other terrorist organizations.” However, his remarks fell short of implicating Iran directly, saying only that they were “inspired by Iran.”

In a warning against any further attacks he said: “I will not detail our plans because I do not want the enemy to know what to expect. But one thing is clear: When they test us, they pay immediately. And if they continue testing us, they will pay dearly.”

The remarks were made at a memorial ceremony in the Nachalat Yitzhak cemetery in Tel Aviv for the victims of the Altalena, a ship sunk during Israel’s War of Independence amid infighting between the Irgun and the Haganah.

The prime minister also said that “next week I am going to Germany, France and Britain. I will meet with Chancellor Merkel, President Macron and Prime Minister May.

“I will present them with the latest strategic developments in our region, which are connected to the efforts to halt Iranian aggression in Syria and elsewhere.”