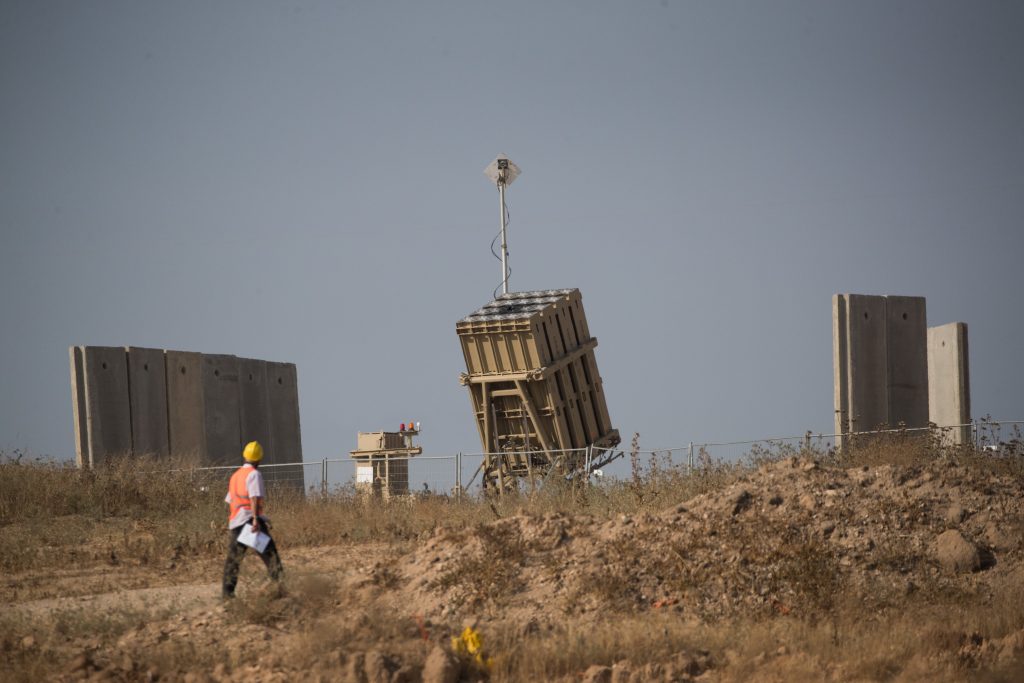 Although it appeared that the “understandings” between Israel and Hamas regarding the cessation of fire on both sides were holding, IDF analysts were concerned that this week’s rocket fire could presage a return to more active warfare, Channel Ten reported. According to analysts, this was the first time since the end of Operation Protective Edge in 2014 that Hamas actively participated in attacking Israel with rockets.

Since that war, when thousands of rockets were fired at Israel, Hamas has preferred other tactics to attack Israel, including the construction of networks of underground terror tunnels, and more recently the mass riots on the Gaza border. The IDF’s estimation is that the terror group took a major hit to its infrastructure in the 2014 war.

Hamas has still not recovered from the war – and indeed, took several significant steps back overnight Tuesday, as Israel imposed heavy damage on many important assets – yet it decided to participate in Tuesday’s rocket attacks. The analysts believe that the fire was initiated by Islamic Jihad, and Hamas, for its own reasons – possibly political – joined in.

The next key date for potential trouble is “Naksa Day”- June 5th, marking the anniversary of the outbreak of the 1967 Six Day War. IDF officials expect an increase in tension as that day approaches, although it is not clear what form that tension will take. With the failure of the “March of Return” several weeks ago – in which dozens of Gaza Arabs, nearly all of them Hamas terrorists, were killed trying to breach the border fence – it appears unlikely that Hamas will again attempt to organize mass riots of the scale that it had been organizing.

Tuesday’s bombardment by the IDF of Hamas infrastructure in Gaza – Israel dropped an estimated 65 tons of explosives on Hamas facilities just on Tuesday – were not just a response to the rocket fire on Israel, but a message to Hamas that Israel was willing to increase the quality and quantity of its response to Hamas attacks.  So, said Channel Ten, the IDF analysts also believe that Hamas is unlikely to start another 2014-style mass rocket bombardment, as the results will be even more devastating for the terror group. Plus, the success of the Iron Dome system – the damage from over 100 rockets fired by Gaza Arab terrorists was minimal, with many of the rockets diverted or destroyed by Iron Dome defensive missiles – is another reason for Hamas to decide that an all-out war against Israel would be a mistake. Nevertheless, the analysts believe, that kind of war is a possibility. “Once they have crossed what was a red line in renewing rocket fire on Israel, they may be more likely to cross that line again,” the report quoted the analysts as saying. “What happens next is not clear.”