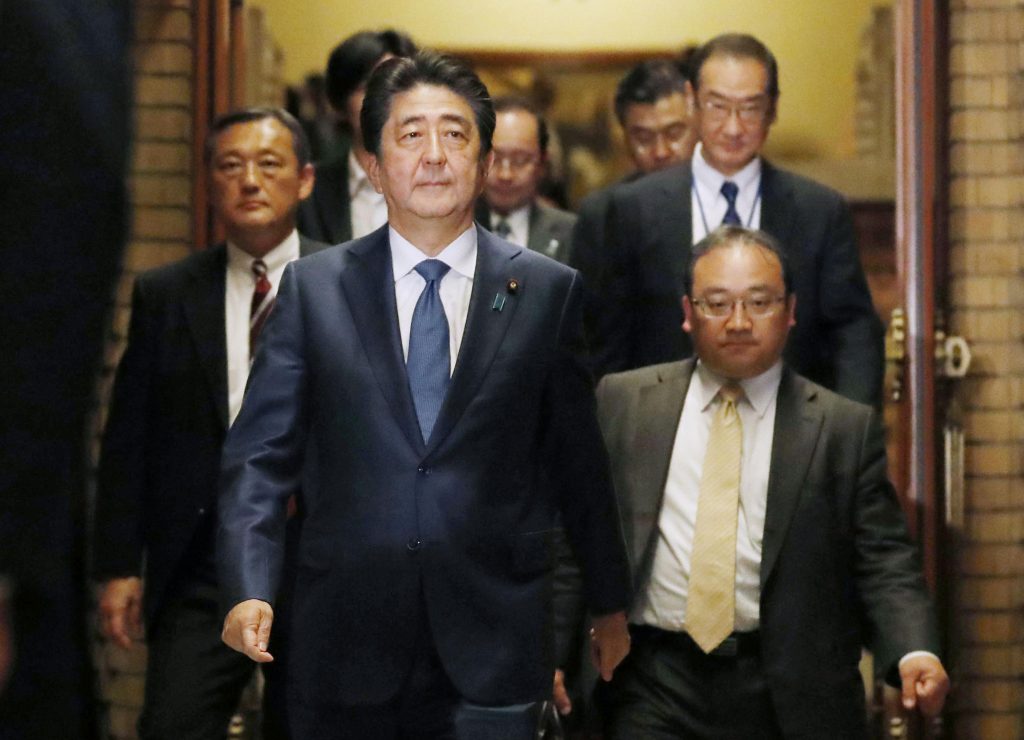 The U.S. “continues to actively prepare” for an “expected summit” between President Donald Trump and North Korea’s Kim Jong Un in Singapore, the White House said, as diplomatic efforts are underway on two continents to prepare for the historic meeting.

Trump confirmed Tuesday that a top North Korean official, Kim Yong Chol, is headed to New York for talks with Secretary of State Mike Pompeo. It marks the latest sign that prospects for the summit are growing, just days after it was ostensibly called off by Trump, as teams of U.S. officials have arrived at the Korean demilitarized zone and in Singapore to prepare for the meeting.

The conference had been scheduled for June 12 in the island nation; but Trump announced last week that he had decided to “terminate” the meeting following a provocative statement from the North and its decision to skip planning talks and ignore preparatory phone calls. White House officials have characterized the letter from the president to Kim as a negotiating tactic, designed to bring the North back to the table.

White House Press Secretary Sarah Huckabee Sanders said that since the letter, “the North Koreans have been engaging,” with the U.S.

“The United States continues to actively prepare for President Trump’s expected summit with leader Kim in Singapore,” she said in a statement Tuesday.

South Korean media had reported earlier that Kim Yong Chol’s name was on the passenger list for a flight Wednesday from Beijing to New York. Kim was seen in the Beijing airport on Tuesday by The Associated Press. U.S. officials familiar with planning said he was scheduled to meet with Pompeo on Thursday.

“We have put a great team together for our talks with North Korea,” Trump tweeted Tuesday morning. “Meetings are currently taking place concerning Summit, and more. Kim Young Chol, the Vice Chairman of North Korea, heading now to New York. Solid response to my letter, thank you!”

Pompeo has traveled to Pyongyang, North Korea’s capital, twice in recent weeks for meetings with North Korean leader Kim Jong Un, and has said there is a “shared understanding” between the two sides about what they hope to achieve. It remains unclear whom Kim Yong Chol will meet in the United States.

Meanwhile, a team of American diplomats are holding preparatory discussions with North Korean officials at the DMZ. The group first met with their counterparts Sunday, and was seen leaving a Seoul hotel on Tuesday; but it was unclear whether they went to Panmunjom, a village that straddles the border inside the Demilitarized Zone. The U.S. officials are led by Sung Kim, the U.S. ambassador to the Philippines, who formerly was the U.S. ambassador to Seoul and a top negotiator with North Korea in past nuclear talks. It includes senior officials with the National Security Council and the Pentagon.

The White House emphasized that it has remained in close contact with South Korean and Japanese officials as preparations for the talks continue. Sanders said Trump will host Japanese Prime Minister Shinzo Abe of Japan on June 7th to coordinate their thinking ahead of the summit. Trump hosted South Korean President Moon Jae-in last week.

South Korean media also reported that a North Korean delegation arrived in Singapore on Monday night, where other U.S. officials, led by White House deputy chief of staff Joe Hagin, are preparing for the summit.

South Korea’s Foreign Ministry said Washington and Pyongyang were engaging in “working-level” talks to arrange the possible summit, but said it couldn’t confirm specifics. Ministry spokesman Noh Kyu-duk also did not say whether Seoul knew of any U.S. plans regarding Kim Yong Chol’s visit, such as whether he and Pompeo would meet.

Trump withdrew from the planned summit with Kim Jong Un last Thursday, citing hostile North Korean comments, but has since said the meeting in Singapore could still happen as originally scheduled on June 12.

“We are having very productive talks with North Korea about reinstating the Summit which, if it does happen, will likely remain in Singapore on the same date, June 12th., and, if necessary, will be extended beyond that date,” Trump tweeted Friday.

White House counselor Kellyanne Conway said Tuesday morning in an appearance on Fox News that the president had “sent over two delegations — one for logistics and one for more diplomatic purposes that are on the ground, making the logistic preparations for June 12.

“But, as the president has said,” she added, “if it doesn’t happen June 12, it could happen thereafter.”

Moon, who has lobbied hard for nuclear negotiations between Trump and Kim Jong Un, held a surprise meeting with the North Korean leader Saturday in an effort to keep the summit alive.

In their second meeting in a month, Moon said Kim Jong Un expressed a willingness to cooperate to end confrontation and work toward peace for the sake of a successful summit with Trump. But the North Korean leader also said he was unsure whether he could trust the United States to end hostile policies against North Korea and provide security assurances if the country does abandon its nuclear weapons, according to Moon.

At their first meeting on April 27, Kim Jong Un and Moon announced vague aspirations for a nuclear-free Korean Peninsula and permanent peace, which Seoul has tried to sell as a meaningful breakthrough that increases the chances of successful talks between Kim and Trump.

Their second meeting came after inter-Korean relations had chilled in recent weeks, with North Korea canceling a high-level meeting with Seoul over South Korea’s participation in a two-week military exercise with the United States that ended last week.

Since the 1970s, the United States and South Korea have been holding a major summertime exercise called Ulchi Freedom Guardian that involves tens of thousands of troops. South Korea’s Defense Ministry said Tuesday there have been no discussions yet between Washington and Seoul on modifying the drills, which usually take place in August.

Despite the North’s apparent eagerness for a summit with Trump, there are lingering doubts about whether Kim Jong Un will fully relinquish his nuclear weapons, which he may see as his only guarantee of survival. Moon has insisted he can be persuaded to abandon his nuclear facilities, materials and bombs in a verifiable and irreversible way in exchange for credible security and economic guarantees.