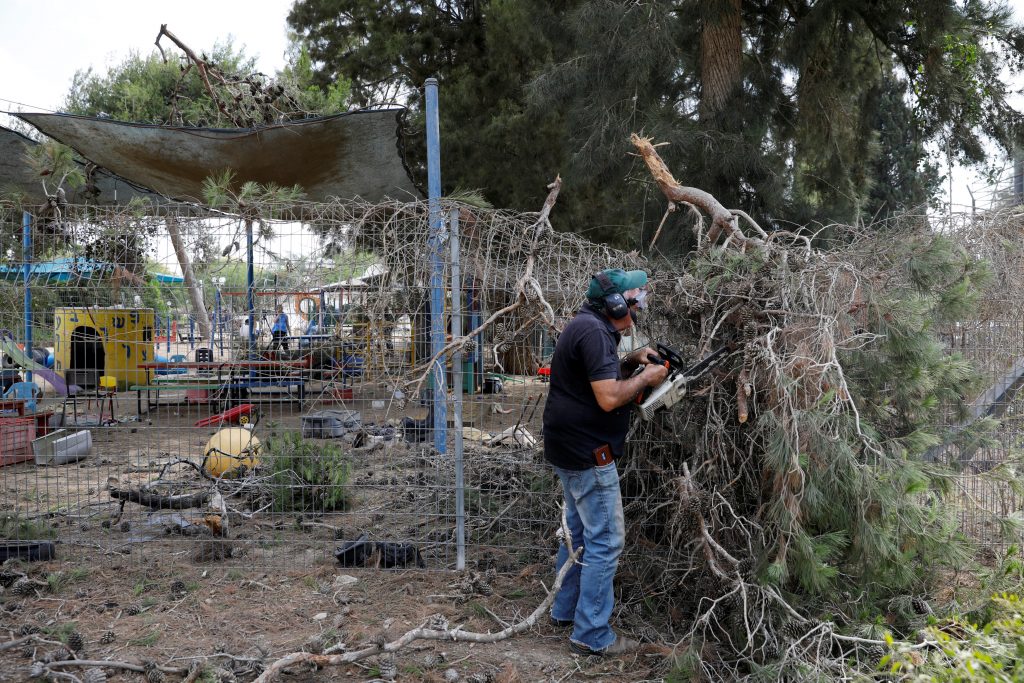 Security sources said Tuesday that the barrage of rockets fired at Israel throughout the morning was the work of Islamic Jihad, which had received permission from Hamas to attack Israel. The terror group has been in recent days threatening to “avenge” the deaths of three of its terrorists, after a weekend attack by IDF forces, in response to the dispatching of a drone loaded with explosives.

At least 27 rockets had been fired at communities in the Gaza border fence area by mid-morning, with Red Alert warning sirens sounding in communities in the area throughout the morning. One of the rockets fell in the playground of a kindergarten building, causing slight damage. B’chasdei Shamayim, there were no injuries or major damage reported. Most of the incoming missiles either fell in open areas, or were exploded in mid-air by Iron Dome defensive missiles.

The IDF said in a statement that there were no “special instructions at this time for residents of the Gaza border communities. Residents should continue to be aware of and follow instructions by the Homefront Command.”

Residents told Hadashot News that they were more or less continuing with their regular routine, if a bit cautiously. School bus service was suspended for a time earlier Tuesday, but has been restored.

Last week, the IDF detected and captured a drone containing explosives that was sent into Israel by Gaza terrorists. Security forces captured the drone when it landed. It did not explode.

In a statement Tuesday, Islamic Jihad said that it “great praise for the brave soldiers who carried out these attacks.”