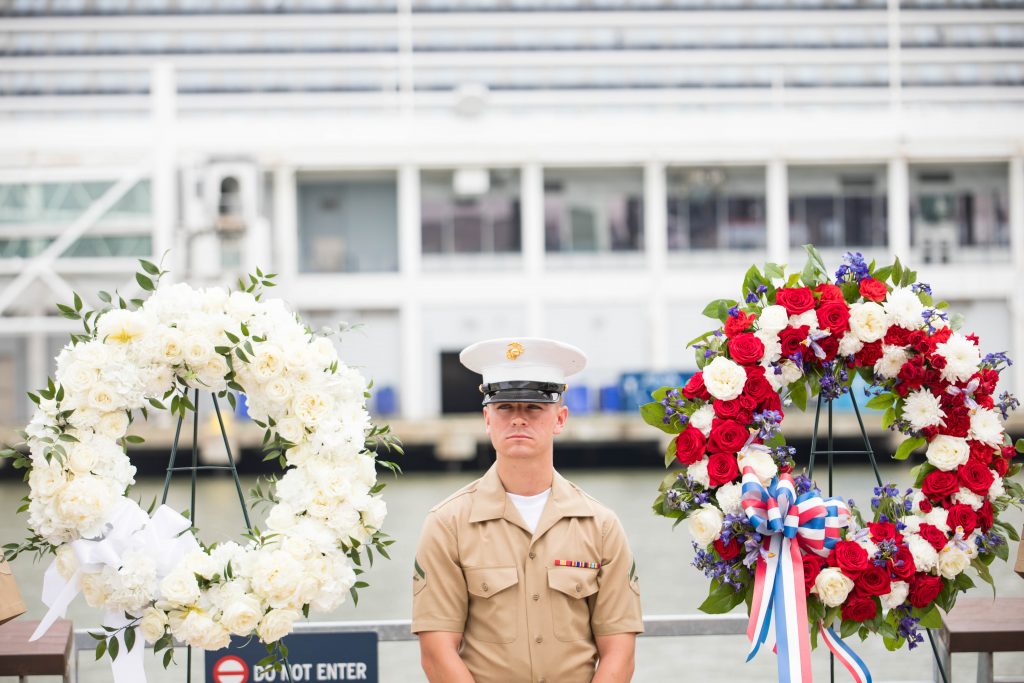 Veterans and active-duty military members on Monday honored the memory of those killed in service at a ceremony at the Intrepid Sea, Air & Space Museum.

The annual Memorial Day event at the aircraft carrier-turned-museum on Manhattan’s west side featured the unfurling of a giant American flag, as well as the laying of ceremonial wreaths, a rifle salute and the playing of taps.

Among those laying the ceremonial wreaths was 102-year-old WWII veteran Lt. Col. Richard Cole. He is the last of the Doolittle Raiders, a group of men who took part in the April 18, 1942, strike against mainland Japanese targets.

He was joined by elected officials including Mayor Bill de Blasio. In New Castle, Gov. Andrew Cuomo marched with Bill and Hillary Clinton.