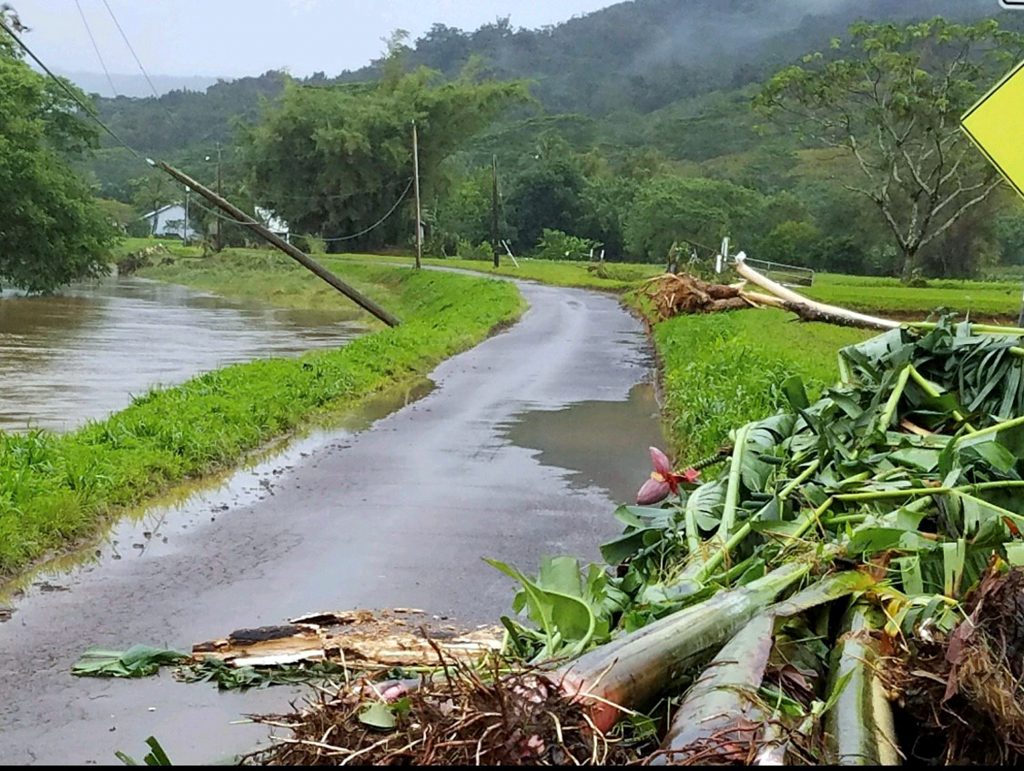 HONOLULU (AP) – Farmers on the Hawaiian island of Kauai say their state should brace for a shortage of its taro crop, a staple of the traditional Hawaiian diet, after record-breaking rains flooded their fields.

The deluge hit the north shore community of Hanalei particularly hard. The region grows most of Hawaii’s taro, a starchy root vegetable used to make poi. The purple, glutinous dish is a traditional part of Hawaiian cuisine, sold at grocery stores and served in homes and restaurants statewide.

The state’s taro crop was valued at $2.5 million last year, according to the U.S. Agriculture Department.

Farmers say last month’s floods smothered their taro patches with mud and silt, which turns their crop watery and spongey. They suspect they’ll suffer from dramatically reduced yields for at least a year.

The downpour also destroyed seven Kauai homes and badly damaged 65, the state said in a preliminary assessment. It triggered dozens of landslides, including more than 12 on a 2-mile stretch of the area’s main artery, a highway traveling through coastal communities.