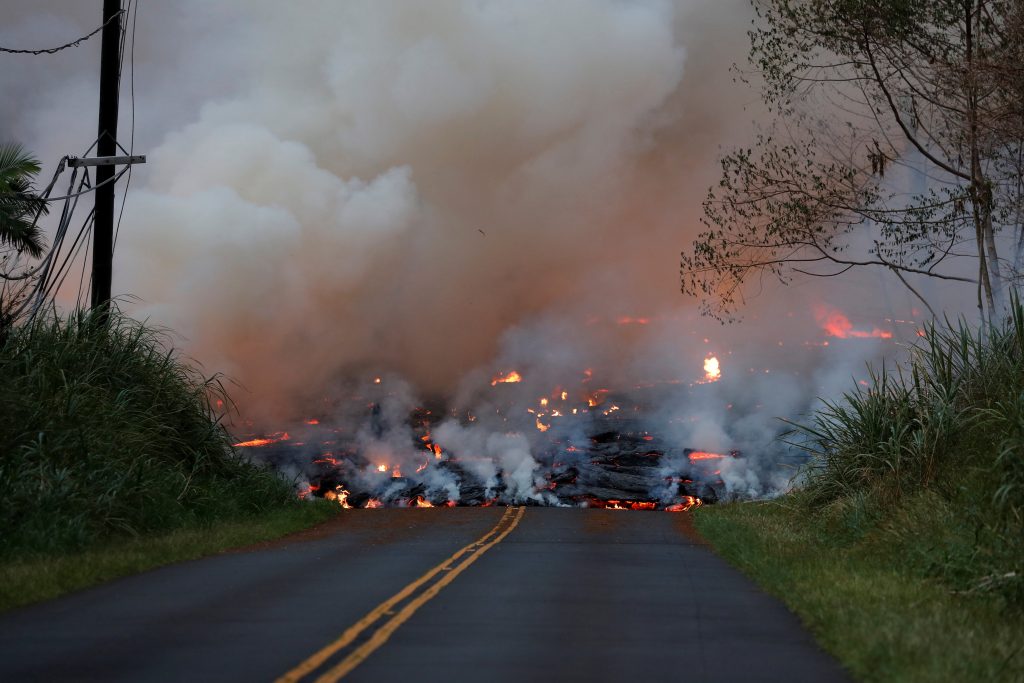 Lava from Hawaii’s erupting Kilauea volcano has covered a potentially explosive well at a geothermal power station and threatened another, after flowing onto the site, officials said.

The Hawaii Civil Defense Agency said the wells “are stable and secure, and Hawaii Governor David Ige said that the plant was “sufficiently safe” from the lava that has plowed through backyards and streets and burned dozens of homes.

But lava has never engulfed a geothermal plant anywhere in the world and the potential threat is untested, according to the head of the state’s emergency management agency. Local residents fear an explosive emission of deadly hydrogen sulfide and other gases should wells be ruptured.

The molten rock was expected to continue to flow across the Puna Geothermal Venture (PGV) facility, according to the U.S. Geological Survey.

Since Hawaii’s Kilauea volcano began a once-in-a-century-scale eruption on May 3, authorities have shutdown the plant, removed 60,000 gallons of flammable liquid, and deactivated wells that tap into steam and gas deep in the Earth’s core.

Magma has drained from Kilauea’s summit lava lake and flowed around 25 miles east underground, bursting out of about two dozen giant cracks or fissures near the plant.

The Israeli-owned 38-megawatt plant typically provides around 25 percent of electricity on the Big Island, according to local power utility Hawaii Electric Light.

Operator Ormat Technologies Inc last week said there was no above-ground damage to the plant, but it would have to wait until the situation stabilized to assess the impact of earthquakes and subterranean lava flows on the wells.

Over the weekend, there were more than 250 earthquakes at Kilauea’s summit, with four explosions on Saturday sending ash as high as 12,000-15,000 feet, officials said.

U.S. Marine Corps and National Guard helicopters are on standby for an air evacuation if fissure activity cuts off Highway 130, the last exit route for up to 1,000 coastal residents.

More residents in some sections of the Leilani Estates neighborhood were ordered to immediately evacuate shortly before 8 p.m. “due to a fast moving lava flow from Fissure 7,” a statement from the civil defense agency said.

Officials had no information on how many residents still remained in the neighborhood or how many people might have already left. Local media has reported that about 2,000 people have already evacuated since the new eruptions began.