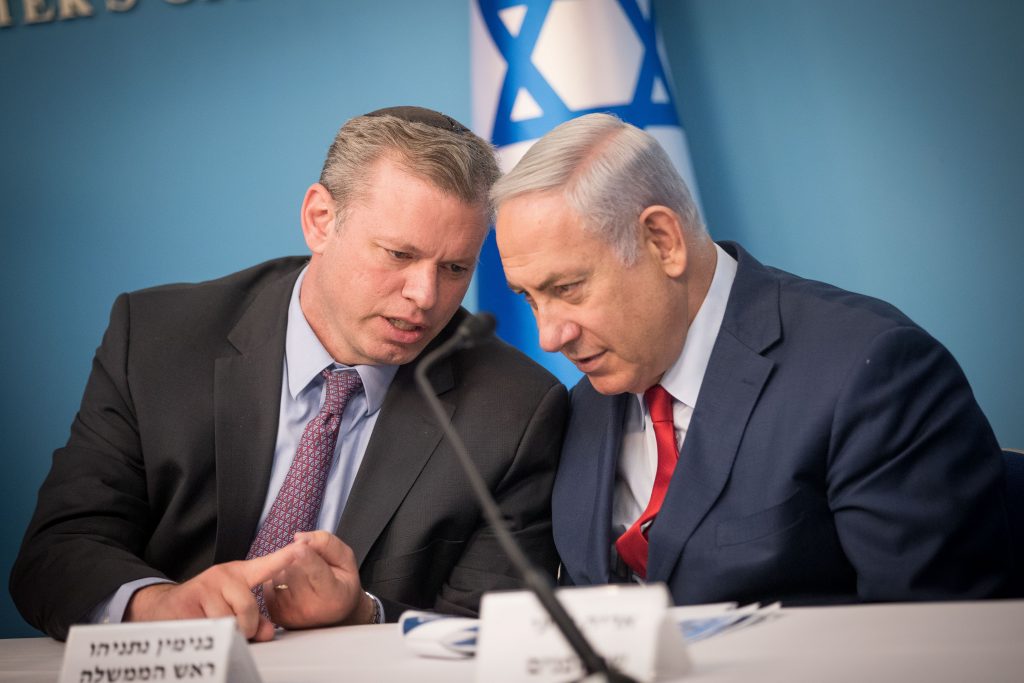 Prime Minister’s Office Director General Eli Groner has informed Prime Minister Binyamin Netanyahu that he is leaving his job at the end of the summer session of the Knesset. The prime minister thanked Groner for his service and asked him to complete the business licensing reform that he began during the current Knesset term.

Groner began his job at the PMO in May 2015. Prior to that, he served as Israel’s economic envoy to Washington, and in other senior positions in the financial sector, in companies such as McKinsey and Tnuva.

As part of his job, Groner led the strategic and policy work in the Prime Minister’s Office in a range of economic, social and civic issues, on behalf of the Prime Minister. He worked with government ministries, lawmakers, local authorities and other key entities toward this end.

Among the reforms that Groner led were reducing regulation and the high cost of living, approving the gas deal, business licensing reforms, drafting and approving national plans for digital health and smart transportation, establishing a cyber-network, implementing sweeping reforms in enforcing planning and construction laws and the enactment of the numerator law. Likewise, Groner has led the emphasis of advanced management methods in the public sector, chief among them reporting to the public when cabinet decisions and working plans are implemented, and opening government information archives to the public.

“I thank Eli Groner for his dedicated work in advancing issues of great importance in the economy and society. The actions he has led on my behalf, such as reducing excessive regulations, the numerator law, and drafting the gas deal, will affect the public and the Israeli economy for years to come,” said Prime Minister Netanyahu.

“I thank Prime Minister Netanyahu for the opportunity he gave me to lead significant procedures for the Israeli economy and society. Completing the business licensing reform is a natural and correct point for me to hand the reins to my successor. Our sages said, ‘The work is not for you to finish,’ and I wish the prime minister and my successor much success,” Groner said.