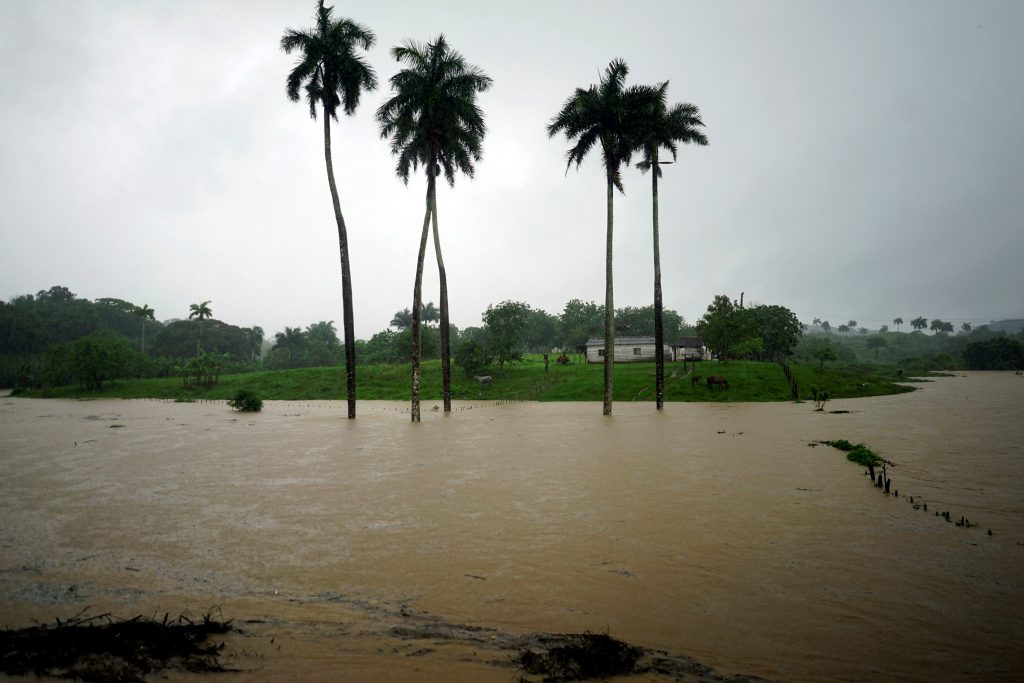 Florida, Alabama and Mississippi launched emergency preparations ahead of the arrival of Subtropical Storm Alberto, a slow-moving system expected to cause wet misery across the eastern U.S. Gulf Coast over the holiday weekend.

About 5 to 10 inches of rain are possible along affected areas in eastern Louisiana, Mississippi, Alabama, western Tennessee and the western Florida Panhandle. Isolated areas could see as much as 15 inches.

Under overcast skies and occasional drizzle, several Gulfport, Mississippi, residents lined up to fill 10- and 20-pound bags with sand they will use to block any encroaching floodwater expected as a result of Alberto.

Tommy Whitlock said sandbagging has become a usual event in his life since he lives next to a creek.

“I’m doing this because every time we have a hard rain, it floods at my house,” Whitlock said. “We get water from other neighborhoods, and water can get up to a foot deep in some places.”

Alberto — the first named storm of the 2018 hurricane season that officially starts June 1 — is expected to strengthen until it reaches the northern Gulf Coast, likely on Monday night.

The National Weather Service (NWS) said waves as high as 18 feet could pound the popular Gulf beaches in Baldwin County, Alabama, and northwestern Florida on Monday. A high surf warning was in effect through 7 p.m. Tuesday local time.

At 2 a.m. EDT Sunday, the National Hurricane Center in Miami said Alberto was about 380 miles south of Apalachicola, Florida, and moving north-northeast at 13 mph. The storm had top sustained winds of 40 mph.

The downpours could dampen Memorial Day, the unofficial start of the summer tourist season along Gulf beaches. Along with heavy rains and high winds come rough seas and a threat of rip currents from Florida to Louisiana that can sweep swimmers out to sea.