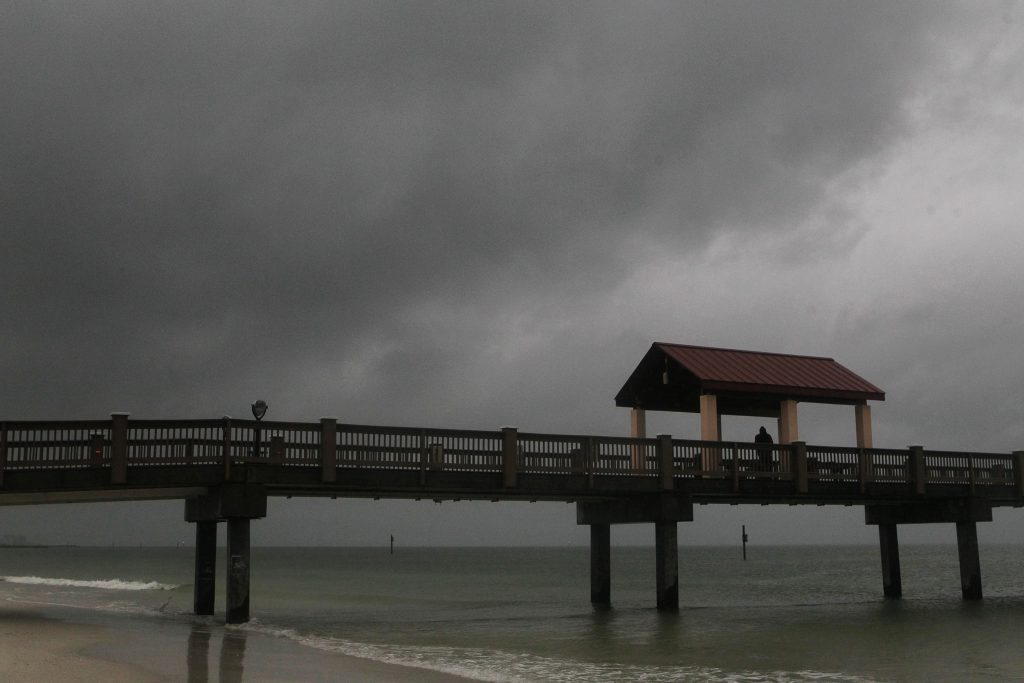 Thousands of Florida residents evacuated their homes on Sunday as Subtropical Storm Alberto drove north through the Gulf of Mexico with forecasters saying it could bring “life-threatening inundation” to southern coastal states.

The storm was about 120 miles south of Apalachicola, Florida, on the Gulf of Mexico coast as of 4 p.m. ET and was expected to make landfall along the Florida Panhandle on Monday, the U.S. National Hurricane Center said.

Alberto, the first named Atlantic storm of 2018 which spun up days before the formal start of the hurricane season, is forecast to pack maximum sustained winds near 50 mph and dump as much as 12 inches of rain, slamming an area from Mississippi to western Georgia, it said.

After that, it will bring powerful winds and heavy rains as it moves into the Tennessee Valley on Tuesday and Wednesday, it said. The storm comes during the Memorial Day weekend and was expected to scramble transportation on Monday as many people return from holiday travel.

Isolated tornadoes are possible across the central and northern Florida peninsula on Sunday night, it said, while Alberto was also forecast to be bring storm swells of about 2-4 feet to low-lying areas that are “likely to cause life-threatening surf and rip current conditions.”

Alberto comes after a series of deadly hurricanes in the United States and Caribbean last year that walloped places including Texas, Florida and Puerto Rico, causing hundreds of billions of dollars in damage, massive power outages and devastation to hundreds of thousands of structures.

Franklin County, in the Florida Panhandle, has issued a mandatory evacuation for its barrier islands in the Gulf of Mexico affecting some 4,200 housing units, while Taylor County, to the east, has a voluntary evacuation order in place for its coastal areas.

Florida Governor Rick Scott, who issued a state of emergency on Saturday in all of the state’s 67 counties, said on Sunday that the Florida National Guard has 5,500 guard members ready to be deployed if needed.

Mississippi Governor Phil Bryant said in a statement: “I ask everyone to please make final preparations to your family emergency plan, especially those that live in mobile homes and low-lying areas.”

The National Weather Service has issued a flash flood watch for an area stretching from Mississippi to North Carolina that is home to millions of people.