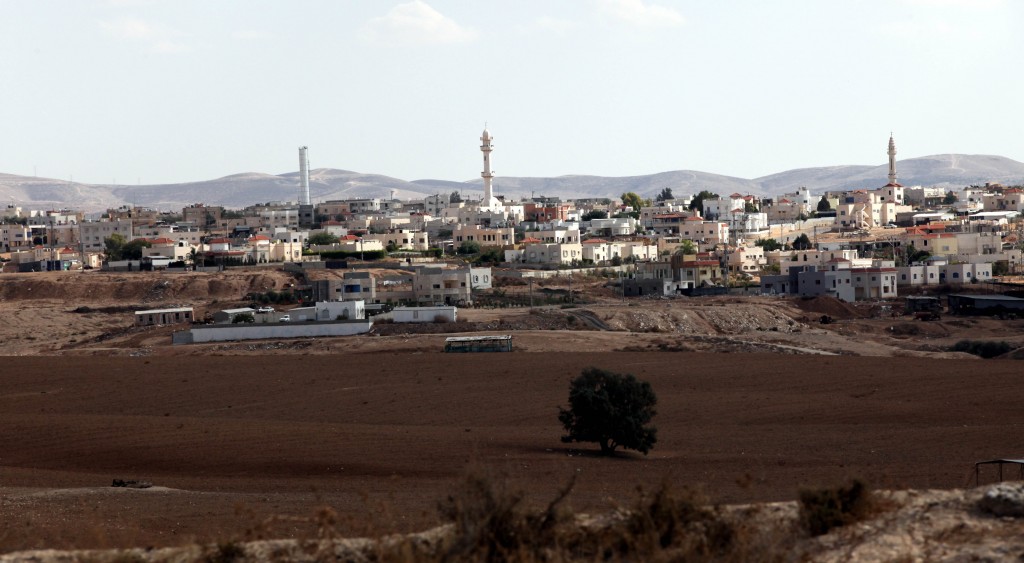 A Be’er Sheva court overnight Motzoei Shabbos extended the remand of four Bedouin Arab residents of the southern city of Rahat who were arrested last week for attacking police officers. The four are documented on video as cursing, slapping and kicking officers. One of the detainees, reported Yediot Acharonot, has a history of psychological problems, and is unlikely to stand trial. However, residents of the city say that the unrest that subsequently developed in the wake of the incident was due to police brutality.

The unrest in Rahat began when police tried to write a summons to a resident of the city who was caught driving without a license, after committing an illegal driving maneuver. Police said that they pulled him over and asked to see his license and registration, but instead of cooperating he tried to run away. Meanwhile, a mob formed, with the driver shouting encouragement, and they began throwing stones and trash at the officers. Police tackled the driver, who was holding stones in his hand that police say he was getting ready to throw at them.

Police used a taser to down the suspect, and he was taken to a Be’er Sheva hospital. The driver claims that police beat him, but police said that he threatened them, both in the arrest van and in the hospital as he was waiting for treatment.

In the wake of the arrest, Rahat residents protested outside the local police station. Police have begun an investigation into the incident. Officials said that the footage shows one of the officers slapping the suspect in the face, apparently not resisting arrest. Versions of the footage, taken by witnesses, were released on social media. The police internal affairs unit said it was investigating the matter, but refused further comment. Public Security Minister Gilad Erdan said that the footage demands a thorough investigation into the circumstances of the incident. In its decision, the court said that despite the footage, it did not show how the incident began, so it is unclear if police were reacting to hostile acts, or had initiated them.