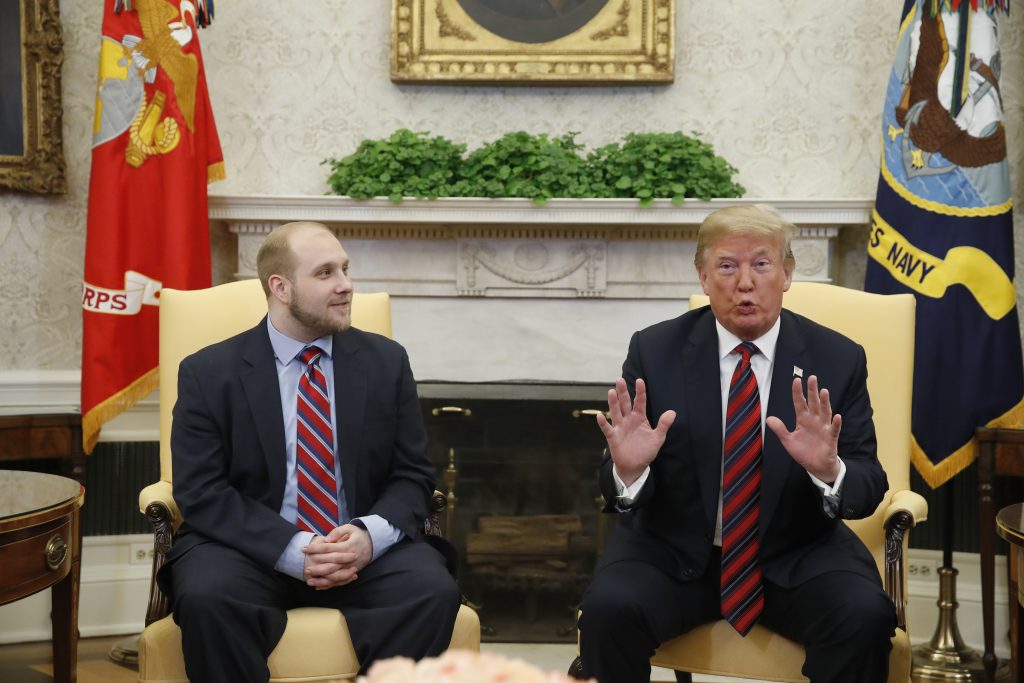 Joshua Holt, a Utah man who traveled to Venezuela in 2016 only to find himself jailed and later branded the CIA’s top spy in Latin America, has been welcomed home by his family and President Donald Trump.

Holt, 26, says he was “overwhelmed with gratitude.”

Holt is formerly from Pocotello, Idaho, according to the East Idaho News.

He and his wife, Thamara Caleno, arrived Saturday evening at Washington Dulles International Airport for a tearful reunion with his parents, Laurie and Jason Holt. A few hours later, President Trump welcomed them to the White House.

“Those two years, they were a very, very, very difficult two years,” said an emotional Joshua Holt, sitting next to the president in the Oval Office. “Not really the great vacation that I was looking for. … I’m just so grateful for what you guys have done.”

To Holt, Mr. Trump said: “You’ve gone through a lot. More than most people could endure.”

Laurie Holt thanked Mr. Trump and the lawmakers for her son’s safe return, adding: “I also want to say thank you to President Maduro for releasing Josh and letting him come home.”

Their release came one day after Sen. Bob Corker (R-Tenn.) held a surprise meeting in Caracas with Venezuelan President Nicolas Maduro, who the Trump administration says runs a “dictatorship” and just won re-election in a “sham” vote.

Mr. Trump, in a tweet, described Holt as a “hostage.” The U.S. contended Joshua Holt was held on trumped-up charges.

Months of secret, backchannel talks between an aide to Corker, chairman of the Senate Foreign Relations Committee, and close allies of Maduro preceded their return. Yet Holt’s release had seemed unlikely even a week ago.

Joining Mr. Trump in the Oval Office were Corker, Utah Sens. Orrin Hatch and Mike Lee, and Utah Rep. Mia Love, all Republicans. The lawmakers thanked the president for his support.