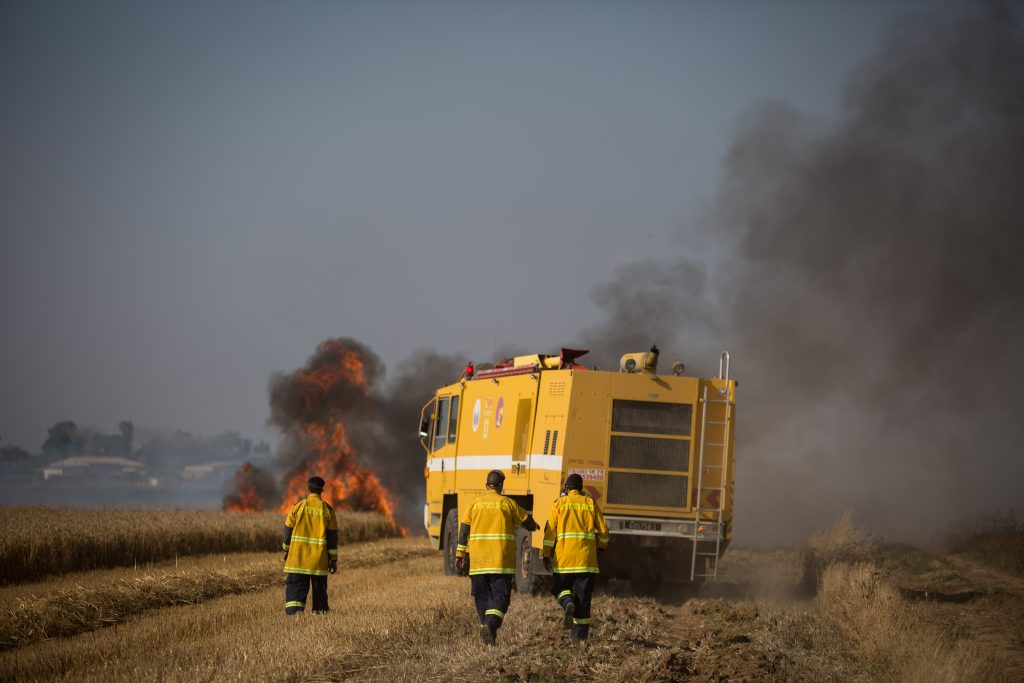 This time it will be Israel’s turn to take a complaint against Palestinians to the International Court of Justice. A group of farmers in southern Israel announced on Sunday that they plan to file suit with the ICC against Hamas over the hundreds of incendiary kites they have launched over the border in recent weeks.

Since April 13, terrorists in the Hamas-ruled enclave have sent approximately 300 fire kites into farmlands in Israeli territory near the Gaza border, where they started fires and caused extensive damage to property. B’chasdei Shamayim, no injuries were reported.

In all, about 100 fires resulted and more than 3,000 acres of wheat destroyed, causing millions of shekels in losses, Ynet said on Sunday.

Senior Hamas figures, including Yahya Sinwar and Ismail Haniyeh, will be named in the complaint, which comes in response to the Palestinian Authority’s announcement that it will go to the ICC with allegations of Israeli “crimes” in putting down violent protests on the Gaza border.

The NGO Shurat Hadin, the Israel Law Center, is representing the plaintiffs, from the Eshkol and Shaar HaNegev Regional Councils, where a number of communities came under attack by the Hamas kites, including Kissufim, Kibbutzim Nir Oz, Kerem Shalom, Sufa, Kfar Aza, Sa’ad, Mefalsim, Erez and Gevim.

Shurat Hadin president attorney Nitzana Darshan-Leitner said, “Israel will not remain silent. The current situation, in which every single day terrorists burn fields and forests, is unacceptable…Therefore, we call on the ICC at The Hague to bring this matter to justice.”