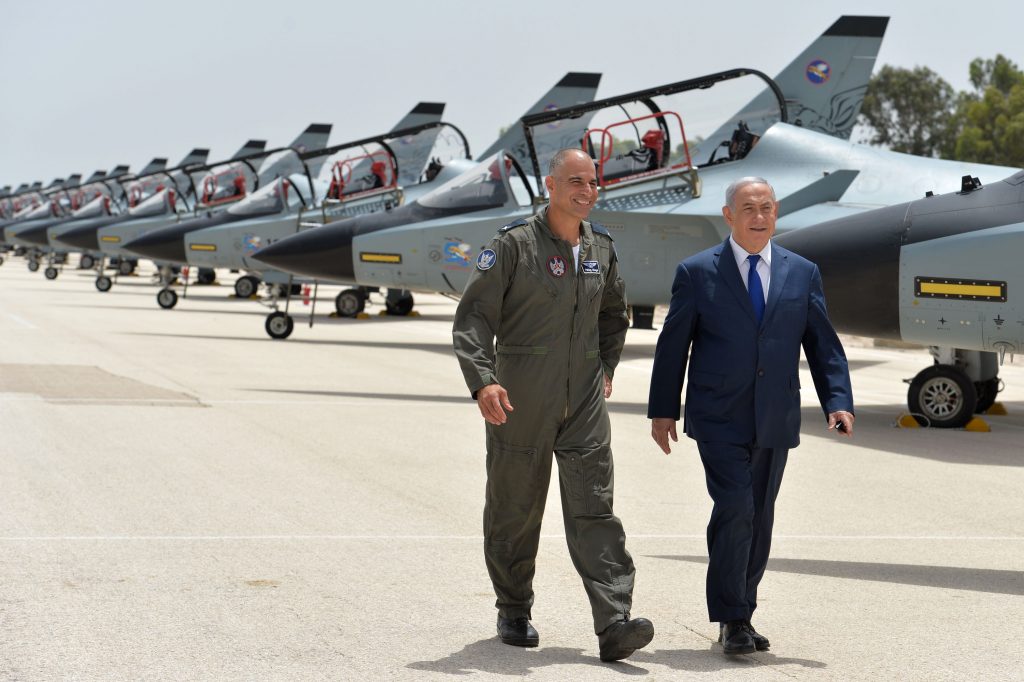 Israeli Prime Minister Binyamin Netanyahu disclosed on Sunday that alongside efforts to prevent Iranian entrenchment in Syria, the IDF is acting against hostile activities in Lebanon as well.

“We are operating against the transfer of deadly weapons from Syria to Lebanon or their manufacture in Lebanon. All of these weapons are for use against the State of Israel and it is our right – based on the right of self-defense – to prevent their manufacture or transfer,” PM Netanyahu told the cabinet meeting on Sunday.

However, he did not elaborate on the actions being taken against the arms in Lebanon.

Last week, Israeli air force chief Gen. Amiram Norkin showed a conference of visiting senior military officials from 20 countries a picture of an Israeli F-35 stealth fighter flying over Beirut, in what was interpreted as an illustrated warning to Hezbollah.

Hezbollah head Hassan Nasrallah responded Friday, saying his group did not want a war but boasted that it would “assuredly win” one.

It is believed in Israel that Iran is seeking arms manufacture in Lebanon after the IDF made numerous interdictions of weapons shipments to Hezbollah via Syria on the ground.

PM Netanyahu also said at the cabinet meeting that he had personally thanked U.S. Secretary of State Mike Pompeo for Washington’s unyielding stance against Iran’s nuclear weapons and missile programs.

“I spoke with Secretary of State Mike Pompeo and I said to him that I thank him for the approach that the U.S. is presenting against the Iran nuclear deal, and against the Iranian aggression in our region,” Netanyahu said.

Last week, Pompeo listed Washington’s conditions for Iran to earn relief from the new round of sanctions, which included ending destabilizing activity in the region and threats against Israel.

Pompeo specifically threatened to “crush” Iranian proxies such as Hezbollah.