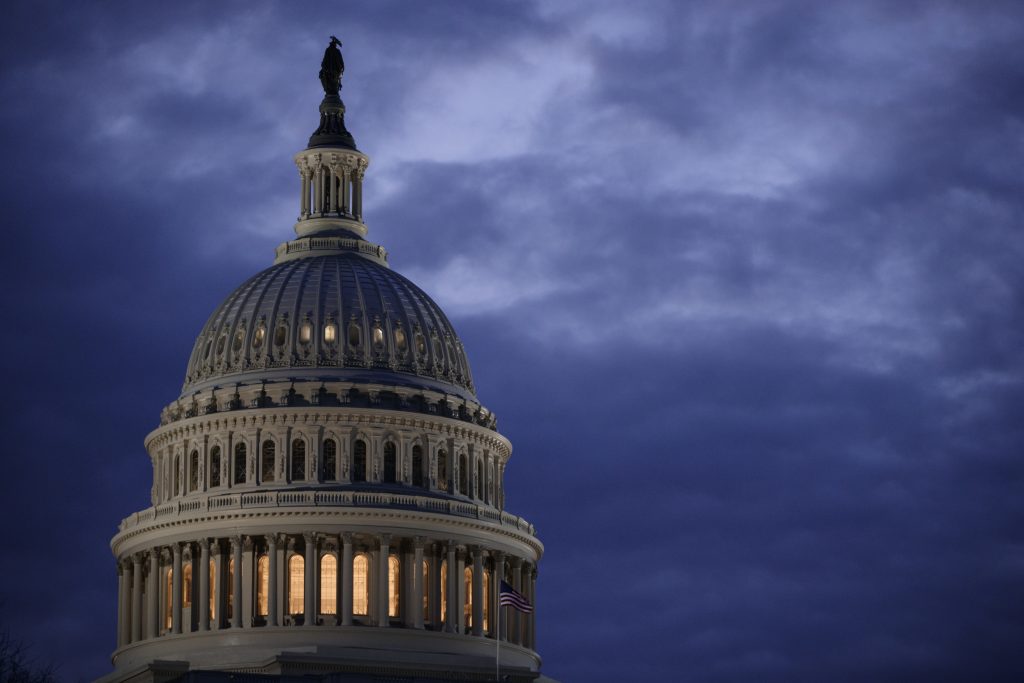 President Donald Trump has warned Congress that he will never sign another foot-tall, $1 trillion-plus government-wide spending bill like the one he did in March. His message to lawmakers in both parties: Get your act together before the next budget lands on my desk.

After a brief government shutdown earlier this year, Democrats and Republicans now agree on the need for budgeting day-to-day operations of government by the old-fashioned way. That means weeks of open debate and amendments that empower rank-and-file lawmakers, rather than concentrating power in the hands of a few leaders meeting in secret.

But Capitol Hill’s dysfunction is so pervasive that even the most optimistic predictions are for only a handful of the 12 annual spending bills to make it into law by Oct. 1, the start of the new budget year. The rest may get bundled together into a single, massive measure yet again.

The worst-case scenario? A government shutdown just a month before Election Day, Nov. 6, as Republicans and Democrats fight for control of the House and possibly the Senate. Mr. Trump is agitating for more money for his long-promised border wall with Mexico. So far, he has been frustrated by limited success on that front.

“We need the wall. We’re going to have it all. And again, that wall has started. We got $1.6 billion. We come up again (in) September,” Mr. Trump said in a campaign-style event in Michigan last month. “If we don’t get border security, we’ll have no choice. We’ll close down the country because we need border security.”

At stake is the funding for daily operations of government agencies. A budget deal this year reversed spending cuts that affected military readiness and put a crimp on domestic agencies. A $1.3 trillion spending bill swept through Congress in March, though Mr. Trump entertained last-minute second thoughts about the measure and promised he would not sign a repeat.

The demise of the annual appropriations process took root after Republicans took over the House in 2011 and is part of a broader breakdown on Capitol Hill. The yearly bills need bipartisan support to advance, which has grated on tea party lawmakers. GOP leaders such as House Speaker Paul Ryan, R-Wis., and his predecessor as speaker, Ohio Republican John Boehner, have preferred to focus on other priorities.

Ryan did throw his weight behind a two-year budget agreement this year that set an overall spending limit of $1.3 trillion for both 2018 and 2019, citing a need to boost the Pentagon.

That, in theory, makes it easier to get the appropriations process back on track. But in the GOP-controlled House, where Democratic votes are generally needed to pass the bills, Democrats are complaining that Republicans have shortchanged domestic agencies such as the Department of Health and Human Services and the Environmental Protection Agency.

That’s not the case in the Senate, where the new chairman of the Senate Appropriations Committee, Alabama Republican Richard Shelby, is determined to get the system working again. Senate Democratic leader Chuck Schumer of New York is on board, as is Majority Leader Mitch McConnell, R-Ky., himself a decades-long veteran of that powerful committee.

“We want this to work,” said Sen. Patrick Leahy, D-Vt., who criticized the GOP-controlled House for continuing to pack legislation with “poison pills.”

For starters, floor debates could lead to votes on contentious issues such as immigration, the border wall, gun control and others that some lawmakers might hope to avoid.

Democrats are wary of Republicans trying to jam through the Pentagon spending bill before dealing with some agencies.

And Mr. Trump could blow up the whole effort at any time.

Mr. Trump is prone to threatening government shutdowns on Twitter or when he riffs in public, and then backing off when bills are delivered to him.

In the House, a familiar problem awaits.

Many conservative Republicans won’t vote for some bills because they think they spend too much money. That means Democratic votes are a must. But many Democrats are upset over unrelated policy add-ons pushed by the GOP, and they won’t vote for the spending bills unless those provisions are removed, which usually doesn’t happen until end-stage talks.

At the same time, House GOP leaders are distracted by disputes over immigration, and they haven’t made the appropriations bills a priority.

An effort led by House Majority Leader Kevin McCarthy, R-Calif., to cut or “rescind” $15 billion in unspent money has run into greater opposition than anticipated. Meantime, the chairman of the House Appropriations Committee, Rep. Rodney Frelinghuysen, R-N.J., is unpopular with some House conservatives, who cite his votes against a recent farm bill and against last year’s tax cut measure, and that may hamper his effectiveness.