National Alan Bean, Apollo 12 Astronaut Who Walked on the Moon, Dies at 86
National 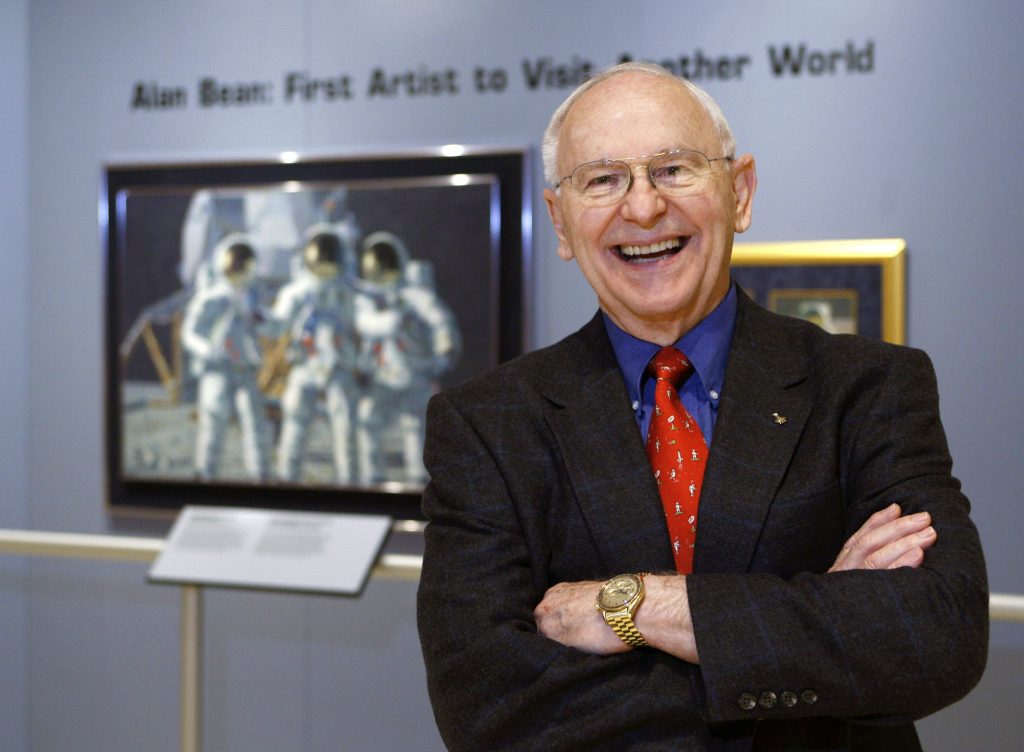 Alan Bean, a NASA astronaut who journeyed into space two times and, as part of the Apollo 12 mission in 1969, became the fourth man to walk on the moon, died May 26 at a hospital in Houston. He was 86.

NASA announced his death, noting that he had fallen ill during two weeks of travel.

Bean was a Navy test pilot who joined NASA’s astronaut corps in 1963. He made his first voyage into space on Nov. 14, 1969, four months after the historic first landing on the moon of Apollo 11, commanded by Neil Armstrong.

The three astronauts aboard Apollo 12 were Charles “Pete” Conrad Jr., the mission commander, Richard Gordon Jr., the command module pilot, and Bean, whose duty was as lunar module pilot.

After more than four days of flying through space, Conrad and Bean settled onto the lunar surface on Nov. 19, landing in a broad plain called the Ocean of Storms. Gordon continued to circle the moon in the command module, the Yankee Clipper, looking down from 70 miles above.

Conrad was the first Apollo 12 astronaut to step onto the moon, describing it as having a “very light, gray-like concrete appearance.”

Bean followed him onto the lunar surface, where they collected moon rocks and took core samples of dirt, going down as deep as 32 inches. As images were transmitted back to viewers at home, the astronauts set up scientific instruments to measure wind, solar radiation and other conditions.

When the TV camera stopped working, Bean attempted some repairs.

“Okay, it’s coming in there now, Al,” a NASA spokesman from Mission Control in Houston said. “What changes did you make?”

“I hit it on the top with my hammer,” Bean said.

Nonetheless, Conrad and Bean pushed on with a second walk on the lunar surface, taking photographs of their surroundings and retrieving parts from the Surveyor III, an unmanned spacecraft that had reached the moon in 1967.

They were practically giddy during their four hours on the moon.

“Hey, it’s real nice moving around up here,” Bean said. “You don’t seem to get tired. You really hop like a bunny.”

He and Conrad tossed a Frisbee and, in an atmosphere with one-sixth the gravitational pull as on earth, took steps 10 feet long.

At one point, they witnessed an eclipse of the sun by the earth.

“This has got to be the most spectacular sight of the whole flight,” Bean said at the time. “You can’t see the earth. It’s black just like the space.”

As the astronauts finished their scientific work, and their gambols, they planted an American flag on the moon. They also left behind their boots and pressurized suits, to have more storage space for lunar rocks.

After more than 31 hours on the moon, Conrad and Bean lifted off and rejoined Gordon in the Yankee Clipper. Their 10-day journey ended on Nov. 24, when they splashed down in the Pacific.

Four years later, Bean returned to space as commander of the second mission to the Skylab orbiting space station. He and two astronauts, Jack Lousma and Owen Garriott, stayed aloft for 59 days, conducting a variety of biological experiments to test the body’s ability to endure the physical and psychological demands of prolonged space flight.

In the late 1970s, Bean became chief of the astronaut training program, preparing for the first shuttle mission, which was launched in 1981.

Soon afterward, Bean retired from NASA to devote himself to a longtime hobby that had become an overriding passion: painting.

“My boss asked if I could make a living off art, and I said I didn’t know, but I had to find out,” he told People magazine in 1981. “It has become my dream.”

His exclusive subject was the space program and, in particular, the lunar missions. He sought to make every detail accurate and sometimes included specks of moon dust on his canvasses.

“I’m the only person doing moonscapes who has been there,” he said.

Alan Lavern Bean was born March 15, 1932, in Wheeler, Texas, and completed high school in Fort Worth. His father worked for the U.S. Department of Agriculture.

In his off hours, Bean began to study painting.

“On weekends and nights,” he later said, “I painted instead of playing golf.”

He retired from the Navy with the rank of captain in 1975.

His first marriage, to Sue Ragsdale, ended in divorce. Survivors include his wife of more than 35 years, the former Leslie Clem of Houston; two children from his first marriage; a sister; and at least two grandchildren.

Bean’s paintings have been exhibited at the Smithsonian National Air and Space Museum in Washington and have sold to collectors for well in excess of $100,000.

He continued to paint and to be a vocal supporter of space travel for the rest of his life.

“I saw great things during Apollo, things no other artist has experienced,” he told the Orange County Register in 2007. “With these paintings, I can celebrate that.”