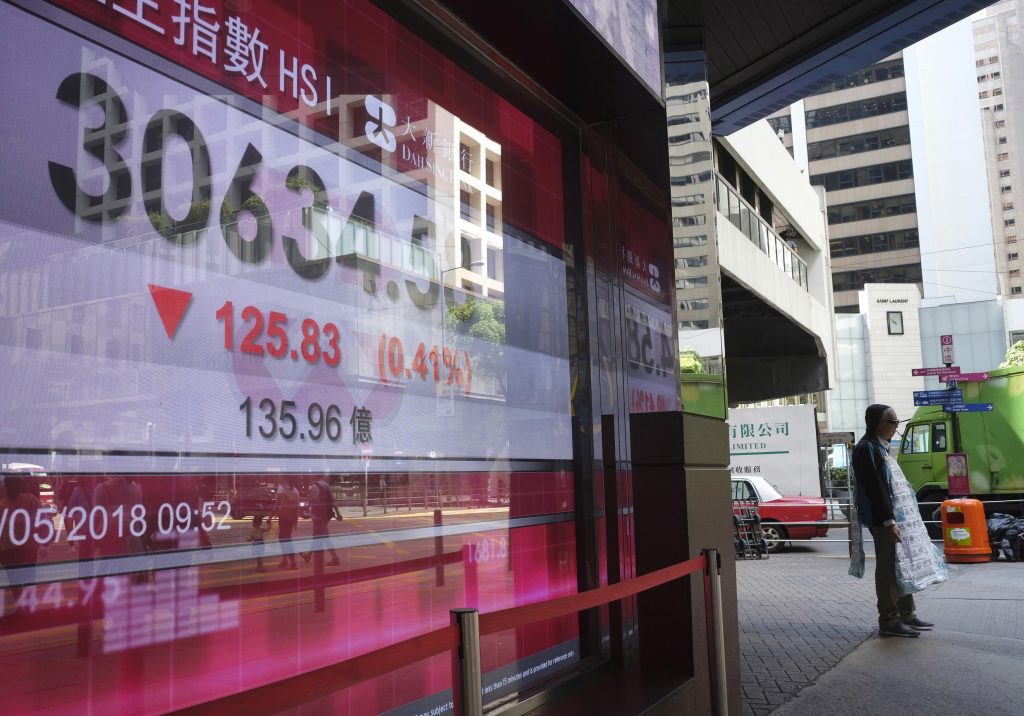 Global shares were on the mend on Friday as Pyongyang’s measured response to President Donald Trump’s announcement to call off a key summit with North Korea healed market sentiment, although investors remained cautious.

North Korean Vice Foreign Minister Kim Kye Gwan said Pyongyang still hoped for a “Trump formula” to resolve the standoff over its nuclear weapons program, noting that the country was open to resolving issues with the United States.

MSCI’s broadest index of Asia-Pacific shares outside Japan managed to eke out 0.1-percent gains, while South Korea’s KOSPI pared much of its earlier loss of 0.9 percent to last trade down 0.2 percent.

Japan’s Nikkei was up 0.1 percent.

“Insofar as the North Koreans do not resume testing missiles, which would come as a surprise as it would forestall even a future round of peace talks, I do not see this setback as reigniting a prolonged bout of risk aversion towards South Korean assets,” said Aninda Mitra, senior sovereign analyst at BNY Mellon Investment Management in Singapore.

On Wall Street the S&P 500 ended 0.2-percent lower on Thursday, though it clawed back a large part of its earlier loss of 0.95 percent.

Even before the reaction from Pyongyang, there were no immediate signs of widespread investor panic with Wall Street’s volatility index, seen as a gauge of investors’ fears, ending at a four-month low on Thursday.

Adding to political jitters was Trump’s raising the specter of high U.S. tariffs on imported cars, reigniting fears of a trade war, although some investors see this as a Trump tactic to get better deals from big car-exporting countries.

The 10-year U.S. Treasuries yield dipped to as low as 2.955 percent on Thursday as bond prices rose before it ticked back to 2.992 percent in Asia on Friday. It is still off a seven-year high of 3.128 percent hit a week ago.

“For many Asian markets, rises in U.S. bond yields would have been a bigger problem (than cancellation of the meeting between Trump and Kim),” said Yukino Yamada, senior strategist at Daiwa Securities.

Among them, Turkey has been the worst hit over concerns about the central bank’s ability to tame double-digit inflation because of political pressure from President Tayyip Erdogan, a self-described “enemy of interest rates.”

The Turkish lira gave up a large chunk of the gains it made after the central bank raised interest rates by 300 points on Wednesday, falling 1.1 percent in Asia on Friday. It has fallen almost 15 percent so far this month.

Among major currencies, the yen slipped in Asia after hitting a two-week high against the dollar on Thursday in a reflex flight-to-safety reaction to Trump’s manouvers.

The yen is seen as a safe haven because of Japan’s status as the world’s largest net creditor nation.

The dollar extended its losses against the Swiss franc to hit 0.9886 franc overnight, its lowest level since April, before steadying at 0.9923.

The euro traded at $1.1709, slightly above its six-month low of $1.1676 touched on Wednesday, on course to mark its sixth consecutive declining week.

The currency was dogged by worries of a new coalition government in Italy to be formed by two antiestablishment parties, as well as mounting signs of an economic slowdown in the euro zone.

Oil prices slipped, partly on speculation that reduced supplies from Venezuela and Iran could prompt the Organization of the Petroleum Exporting Countries (OPEC) to wind down output cuts in place since the start of 2017.

Russia hinted it may gradually increase output, after having withheld supplies in concert with the OPEC producer cartel since 2017.

OPEC may decide in June to lift output to make up for reduced supply from crisis-hit Venezuela and Iran, which was stung by the U.S. decision to withdraw from a multilateral nuclear arms control deal, OPEC and oil industry sources told Reuters.