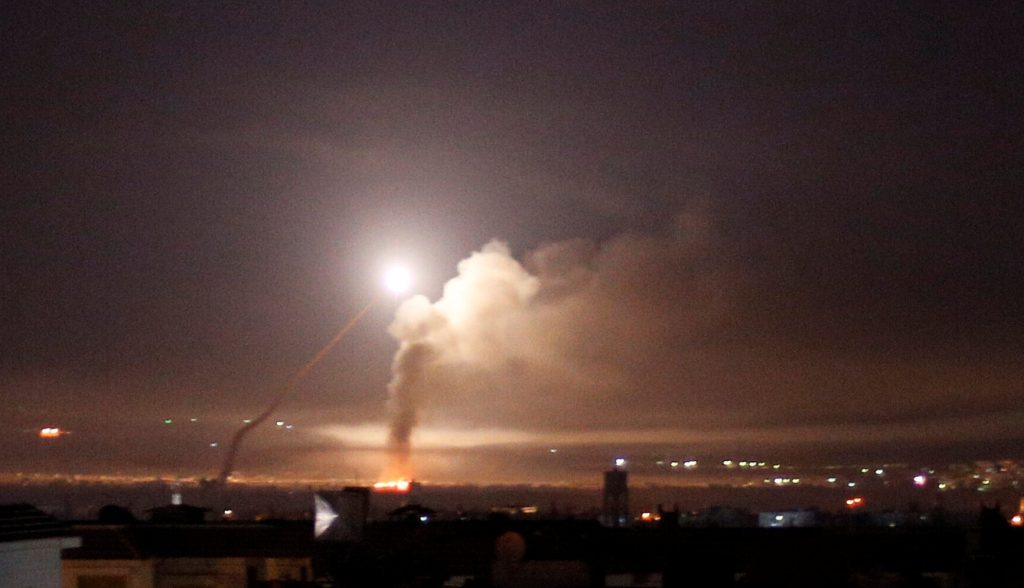 A Syrian war-monitoring group says suspected Israeli strikes hit a military base overnight in central Syria that houses Lebanon’s Hezbollah terror group alongside other factions allied with the government in Damascus.

The Syrian Observatory for Human Rights said on Friday that it’s not clear if there are any casualties in the strikes on the Dabaa air base in central Homs province. The base is north of the town of al-Qusair that Hezbollah captured in 2013 from rebels, a turning point in the group’s role in the Syrian war.

Hezbollah and Iran’s role in Syria has alarmed Israel and the United States, which have threatened action.