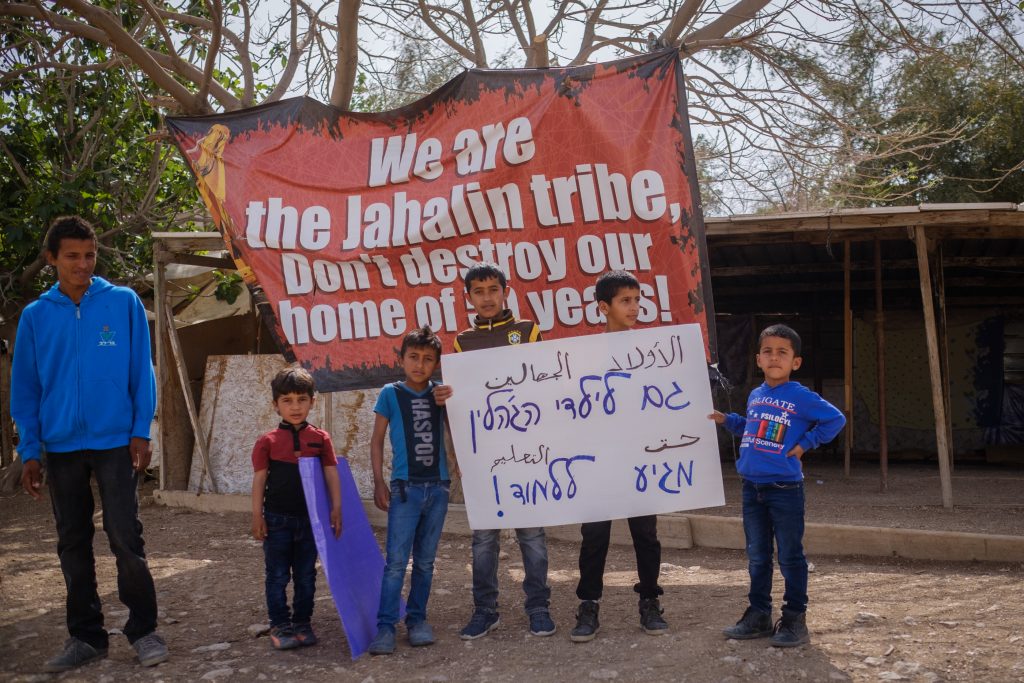 The High Court has ordered the evacuation and demolition of a bedouin Arab village that was illegally built on state land. Concluding a case that has been before the court for nine years, the court ordered that the 200 residents of the village be moved to an area of the Yerushalayim suburb of Abu Dis, which is also located on state land. The village, Khan al-Ahmar, is located right off Road 1, between Kfar Adumim and the Mishor Adumim industrial zone.

The decision came in response to a petition by local community groups and the Regavim organization, which acts as a watchdog on illegal Arab building. The residents of the village were traditional bedouin wanderers who settled in the area after the Six Day War. They had originally been seasonal residents of various areas of southern Israel, moving to different locations along with the seasons, and in the 1950s were moved further north by the IDF.

Many bedouin now prefer permanent housing, and the state has developed a plan that would provide legal housing for the village’s residents, members of the Jahalin tribe, which they have turned down. However, the court said that the solution proposed by the state was “not so radical as to be called unreasonable,” although it does agree with the defendants that the plan “is not perfect.” Nevertheless, the solution is sufficient to justify enforcing the state’s rights to use the land for public purposes.

According to Haaretz, the state sees this case as a test for the principle of ensuring that bedouin communities are not permitted to remain illegally on state land, even if they have been living on the site for almost a decade, as the residents of Khan al-Ahmar have.

The report said that there are dozens of similar villages between Yerushalayim and Yericho, as well as in the Negev. The case had become a cause celebré among international groups, with numerous organizations, as well as the European Union, taking an interest in the case and filing motions urging the court to allow the residents to stay.

The Palestinian Authority condemned the decision, calling it a continuation of “Israel’s policy of ethnic cleansing, which is considered to be the worst form of racial discrimination, and has become the predominant feature of the practices and decisions of the Israeli government and its various instruments.”

The EU has also criticized the efforts to remove the residents. Last year Lars Faaborg-Andersen, the EU’s ambassador to Israel, said “The practice of enforcement measures such as forced transfers, evictions, demolitions and confiscations of homes and humanitarian assets and the obstruction of delivery of humanitarian assistance are contrary to Israel’s obligations under international law.”