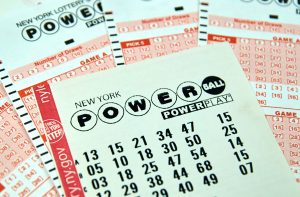 The New York Lottery has hit a new record for sales.

New York Lottery officials say Friday that total sales of lottery tickets and video lottery games came in at just under $10 billion for the fiscal year that ended March 31. That’s up from $9.7 billion the year before, and an all-time record for the lottery.

After prize money and operating expenses were deducted, nearly $3.4 billion went to education programs, a $105 million increase over the previous year.

Started in 1967, New York’s lottery is the largest in the nation by sales, with more than 17,000 retailers statewide participating.

Lottery officials say a total of 120 prizes amounting to $1 million or more were paid out in the last fiscal year.