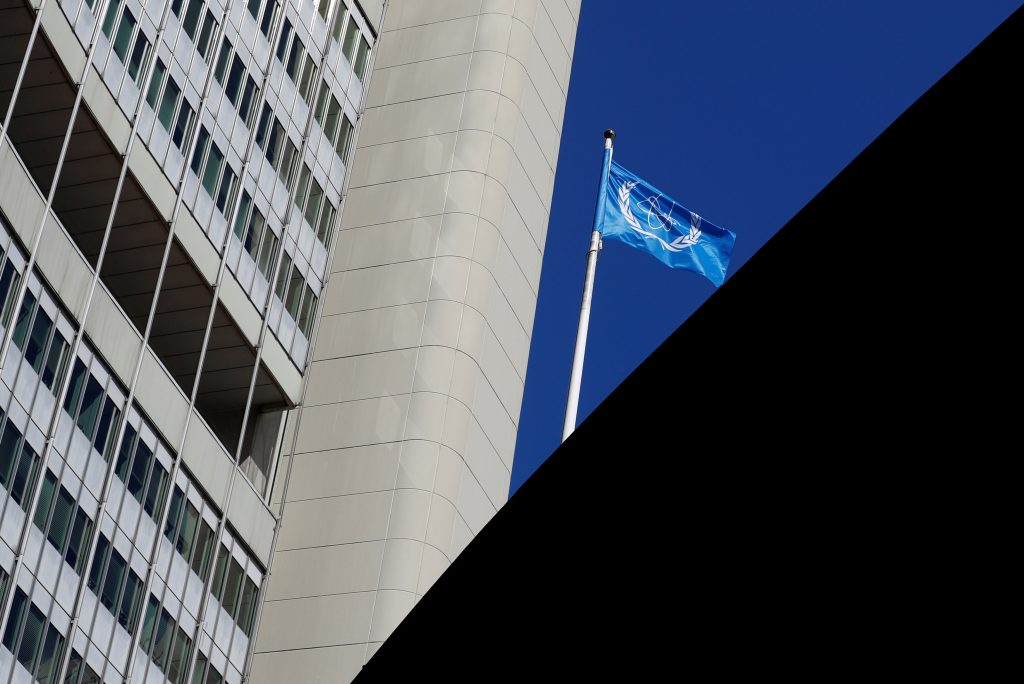 Iran wants European powers to present it with measures by the end of May to compensate it for the United States abandoning the 2015 nuclear deal, a senior official said on Friday, and Tehran would decide within weeks whether to quit the accord.

The 2015 agreement between Iran and world powers lifted international sanctions on Tehran in return for it agreeing to curbs on its nuclear program.

Since President Donald Trump pulled the United States out last month, European powers have been trying to find a way to ensure that Iran still receives economic benefits to persuade it to stay in the deal. But that has proven difficult, with European firms frightened away by U.S. sanctions.

Nations that remain in the agreement meet on Friday for the first time since Trump left the pact, but diplomats see limited scope for salvaging it. British, Chinese, French, German and Russian officials will try to flesh out with Iran’s deputy foreign minister a strategy to save the deal by keeping oil and investment flowing.

“I am personally maybe not optimistic but … I am trying my best to come to a conclusion,” a senior Iranian official told reporters ahead of the talks.

EU leaders have united behind the accord, with Brussels working on measures including banning EU-based firms from complying with reimposed U.S. sanctions and urging governments to make money transfers to Iran’s central bank to avoid fines.

“We expect the (economic) package to be given to us by the end of May,” the Iranian official said. “I’m sorry to say that we haven’t [seen] the Plan B yet. The Plan B has just started to be figured out.”

He said European measures would need to ensure that oil exports did not halt, and that Iran would still have access to the SWIFT international bank payments messaging system.

Washington has threatened not only to reimpose sanctions but to make them even tighter. U.S. Secretary of State Mike Pompeo on Monday threatened Iran with “the strongest sanctions in history” if it did not change its behavior in the Middle East.

“Pompeo was like taking a cold shower,” said a European diplomat. “We’ll try to cling to the deal, but … we’re under no illusions.”

Iran’s supreme leader set out conditions on Wednesday for Iran to stay in the deal: unless Europe guarantees that Iran’s oil sales will not be hurt, Tehran would resume enrichment of nuclear material. He also rejected any new negotiations over Iran’s missile program, which was not covered in the nuclear deal and which Iran says it will never give up.

The Iranian official said on Friday: “We don’t have enough time. We expect the [meeting] today to take a unified position against the withdrawal of the United States and compensate for the U.S. absence in the deal.”

“If not we would go for a ministerial [meeting] and after that if Iran is still not satisfied we would take the decision.”

The U.S. Treasury announced more sanctions on Thursday on several Iranian and Turkish companies and a number of aircraft in a move targeting four Iranian airlines.

Iran has struggled to benefit from the accord so far, partly because of remaining unilateral U.S. sanctions that have deterred major Western investors from doing business with Tehran. Some Western companies have already quit Iran or said they may have to leave because of the new U.S. sanctions.

Trump denounced the accord, completed under his predecessor, Barack Obama, because it did not cover Iran’s ballistic missile program, its role in Middle East conflicts or what happens after the deal begins to expire in 2025.

While European nations share those concerns, they say that torpedoing the nuclear deal makes them far harder, not easier, to address. They have said that as long as Tehran meets its commitments, they would remain in the deal.

The U.N. atomic watchdog policing the pact said on Thursday that Iran continued to comply with the terms of the deal, but could be faster and more proactive in allowing snap inspections.

France’s President Emmanuel Macron wants to complement the nuclear deal with negotiations over other issues, an idea cautiously received by Russian President Vladimir Putin during talks in St. Petersburg on Thursday.