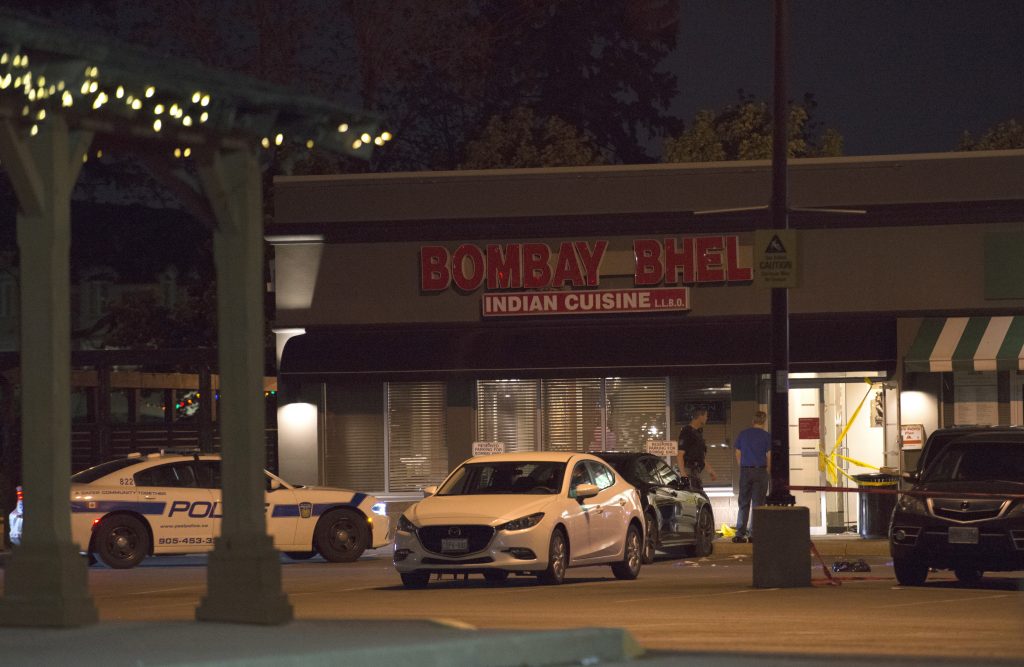 An explosion caused by an “improvised explosive device” (IED) ripped through an Indian restaurant in a mall in the Toronto suburb of Mississauga, wounding 15 people, Canadian police said.

Peel Region Sergeant Matt Bertram said two suspects with their faces covered to conceal their identity entered the Bombay Bhel restaurant, and dropped some sort of IED device and fled.

“We have no indication to call it a hate crime or any kind of terrorism act,” Bertram said.

Peel Region paramedic Joe Korstanje said three people suffered critical injuries and were taken to the hospital while the remaining 12 victims suffered what he described as minor and superficial injuries.

The explosion happened just after 10:30 p.m. on Thursday, and the plaza where the restaurant is located was still sealed off on Friday.

“Nothing was said by these individuals,” Bertram said. “It appears they just went in, dropped off this device, and took off right away.”

Bertram said they couldn’t say what the device was yet.

“Different callers called in and said it was firecrackers or some said gunshot sort of noises. I don’t think it was an explosion that was rocking anything,” he said. “Until we can get in there and analyze the material after the search warrant we won’t be able to say what it was.”

Police asked for the public’s help and released a photo of the suspects, with dark hoodies pulled over their heads and their faces covered.

Peel Region police, in a tweet, described the first suspect as in his mid-20s, 5’10” to 6 feet, with a stocky build, wearing dark blue jeans, a dark zip-up hoodie and a baseball cap with a light gray peak.

The second suspect is described as a little shorter with a thin build, wearing faded blue jeans, a dark zip-up hoodie pulled over his head, gray T-shirt and dark colored skate shoes.

Hours after the incident, the India Consulate in Toronto tweeted that it had opened a helpline for those seeking assistance following the explosion