Business What Happened to the ‘Affordable’ $35,000 Tesla Model 3?
Business 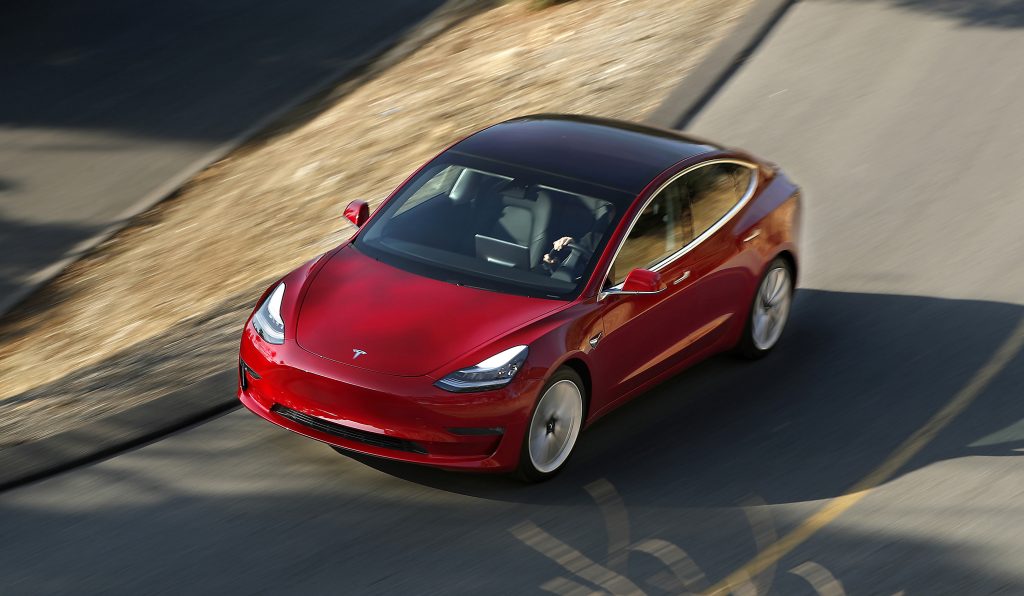 It’s March 2016. Tesla Chief Executive Elon Musk is on stage for the dramatic unveiling of the Tesla Model 3.

Tesla will make hundreds of thousands a year, he said. It will be fun to drive. It will be affordable. “In terms of price, of course, it’ll be $35,000,” he beamed, awash in thunderous applause.

Now it’s May 2018. You can’t touch a Model 3 for under $49,000. No one’s sure when the $35,000 version will be available. Production problems have pushed delivery of the lower-priced Model 3 six to 12 months into the future, according to official estimates from Tesla, a company notorious for missing deadlines.

In the meantime, the company is taking deposits and reservations now for a $78,000 version of the Model 3 that will go on sale this summer.

Musk announced the pricey “performance” version through a series of weekend tweets. In one he boasted the car will out-perform the BMW M3, a low-volume luxury gasoline-powered hot rod.

It’s a move that some analysts find puzzling.

“Tesla was supposed to be going mainstream,” said Karl Brauer, analyst at Cox Automotive. “The whole idea was to produce a volume seller that could make them into a real automaker. If that’s your goal, why would you target an M3?”

Cash would be one reason. Production problems have choked anticipated Model 3 sales, which means fewer vehicles to produce revenue that can fund operations.

The $78,000 Model 3 “will provide a large profit margin” on each car it sells, said Ivan Drury, auto analyst at Edmunds. The model that Tesla sells now is front-wheel drive, with an electric motor attached to the front axle. The performance model will add a second motor to the rear axle, giving it more torque and horsepower.

Tesla is “testing the waters,” Drury said. “If you see there’s profit to add at a much higher price point, it would make no sense not to go for it.”

The $35,000 version probably won’t be the most popular Model 3, he said. Most automakers sell few vehicles at the base price without options, although Drury allowed that most carmakers offer their base model right out of the gate to customers who want one.

“A Model 3 with a $35,000 price will be the rarest of the rare,” said Kevin Tynan, a Bloomberg Intelligence analyst. “Perhaps the second-most-collectible Tesla ever, behind the one floating around in space.”

According to Tesla, the base-model introduction is proceeding according to plan. A spokesman said the company announced in February that the base model would follow the all-wheel-drive version, expected to go on sale later this year, and that hasn’t changed.

The $35,000 base model essentially will be a bare-bones Model 3 with a smaller battery — giving it a 220-mile range, versus 310 miles in pricier versions – and no other options. (The Autopilot driver assist feature, for example, is a $5,000 option.)

Brauer questioned the strategy of squeezing more profit out of fewer cars.

“The idea that you go to the affluent buyer to pay your bills hasn’t worked at Tesla” with the high-end Model S and Model X, he said. “I don’t know why that would work now.”

Tesla hasn’t registered an annual profit in its 14 years. Musk recently tweeted that selling the base model now would cause the company to “lose money & die.”

It’s impossible to say how many reservation holders have grown tired of waiting for the lower price model and asked for refunds on their deposits. Last July, Tesla said it had 455,000 refundable $1,000 deposits for the Model 3, but it has not updated the number since.

For some Model 3 owners, the long wait is worth it. A 68-year-old Los Angeles man who gave his name as Scott (“I don’t want the company to know I’m talking to reporters”) ordered his Model 3 in early 2016 and received it a few weeks ago – a loaded front-wheel-drive version that cost $59,000 before incentives.

He said he’s taken it back to Tesla twice to have poor-fitting body panels repaired, and continues to put up with occasional information screen blackouts that require the car to be rebooted.

Consumer Reports recently published its Model 3 review and said it could not recommend the car. While highly impressed with the car’s driving characteristics (“handling reminiscent of a Porsche 917 Boxster”), Consumer Reports said the Model 3 was burdened with “big flaws.”

The reviewers cited poor braking performance with a stopping distance “far worse than any contemporary car we’ve tested” and possible distractions caused by the car’s unusual touch screen, which supplants almost all dashboard and steering stalk controls such as windshield wipers and air conditioning circulation.