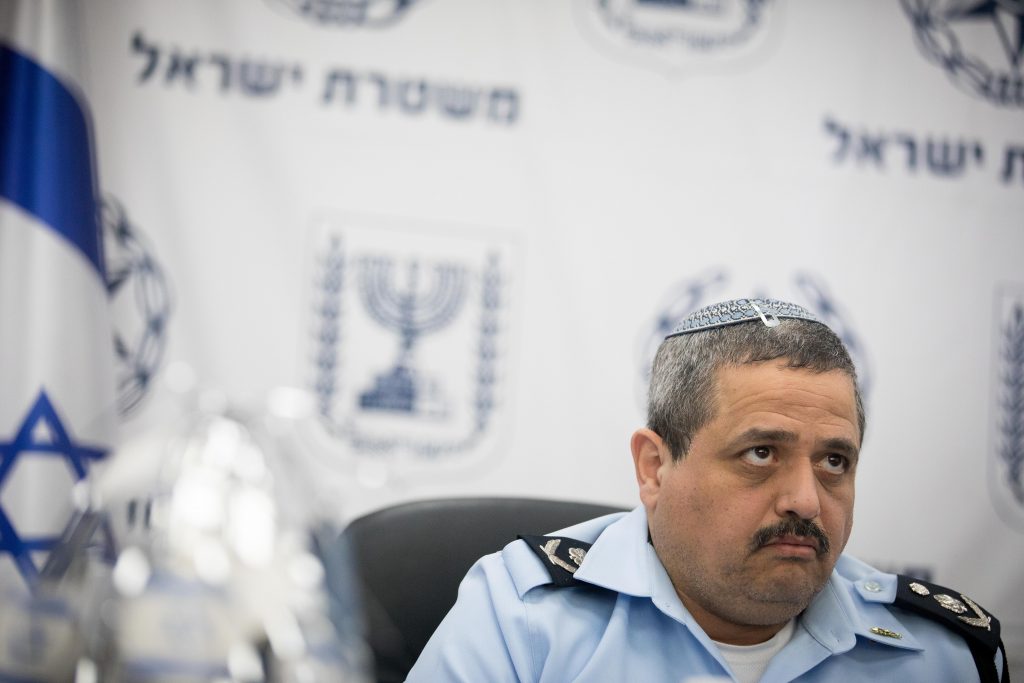 After Police Commissioner Roni Alsheich indicated his availability for an extension of his three-year term, Public Security Minister Gilad Erdan let him know that such comments made in public would only hurt his chances for reappointment.

Alsheich told a conference at Tel Aviv University on Wednesday night that “If they ask me to remain for another year, I will consider it,” a generous remark considering that most observers consider such an offer unlikely, given his fraught relationship with Prime Minister Netanyahu, who has accused his department of leaks during investigations of him.

The police chief confided to the Tel Aviv audience that he seems less in demand in the PM’s office in recent days. “For cabinet and government discussions, whenever they invite me, I come,” he said. “I am invited less often nowadays.”

Erdan, whose office oversees the police, responded on Thursday with a rebuke:

“I don’t think a police chief should conduct this dialogue with the government through public conferences and media outlets,” he told Army Radio. “The right place to do it is through conversation with us.”

Netanyahu has reportedly held secret contacts with Yerushalayim Police Chief Yoram Halevi, seen as a strong candidate to succeed Alsheich when his term expires in December.

Netanyahu and Halevi denied the reports.