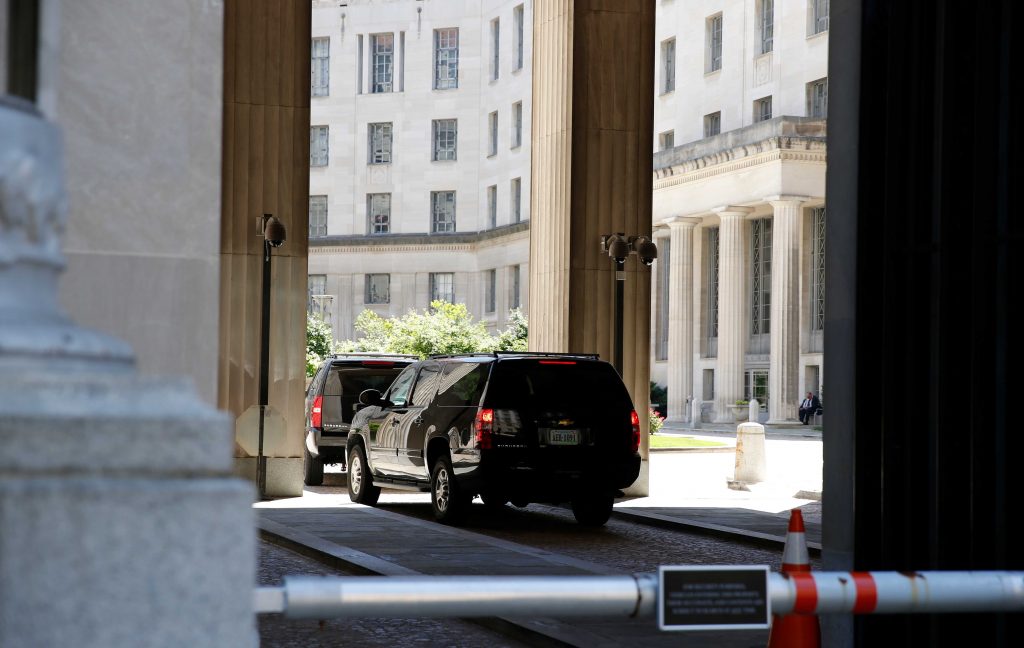 House and Senate lawmakers from both parties are meeting with top intelligence officials Thursday for classified briefings, as President Donald Trump has raised new suspicions about the federal investigation into his 2016 campaign.

Trump is calling his newest attempt at discrediting special counsel Robert Mueller’s Russia investigation “spygate.” In recent days, he has been zeroing in on — and at times embellishing — reports that a longtime U.S. government informant approached members of his campaign during the 2016 presidential election in a possible bid to glean intelligence on Russian efforts to sway the election.

Trump intensified his attacks Thursday, tweeting that it was “Starting to look like one of the biggest political scandals in U.S. history.”

Trump’s broadsides set the stage for the unusual decision by the White House to arrange a briefing about classified documents that was originally scheduled for just two Republican House members, Intelligence Committee Chairman Devin Nunes and Oversight and Government Reform Chairman Trey Gowdy, along with intelligence officials.

After Democrats strongly objected that a GOP-only intelligence briefing was inappropriate, the Justice Department late Wednesday scheduled a second briefing for bipartisan congressional leaders and the same intelligence officials.

Since then, the attendee list for each meeting has shifted almost hourly, with House Speaker Paul Ryan saying Thursday morning that he would attend the first meeting and House Democratic Leader Nancy Pelosi later announcing that the top Democrat on the House intelligence panel, Rep. Adam Schiff, would also attend that first meeting — making it a bipartisan briefing.

It is unclear what information will be shared during the briefing. Schiff, Nunes, Gowdy and Ryan were all seen arriving at the Justice Department just before the first meeting’s 12 p.m. start time.

White House Press Secretary Sarah Huckabee Sanders had originally said no one from the White House would attend the briefing.

Ryan, who is leaving town to attend fundraisers in Houston later Thursday, defended the plan to have two meetings, saying they were the “same briefing.” He said he had advised the administration to include Democrats, but downplayed Trump’s attacks, saying he doesn’t worry about any lasting damage to the intelligence agencies.

“We have strong institutions in this country,” Ryan said. “They’re going to endure any kind of test.”

Nunes, an ardent Trump supporter, had originally requested the information on an FBI source in the Russia investigation. And Trump took up the cause, as the White House tried to combat the threat posed by Mueller’s investigation into Russian interference and possible obstruction of justice.

Trump has gradually escalated his rhetoric on the matter this week, coining it “spygate” and tweeting on Wednesday: “Look how things have turned around on the Criminal Deep State. They go after Phony Collusion with Russia, a made up Scam, and end up getting caught in a major SPY scandal the likes of which this country may never have seen before! What goes around, comes around!”

It remained unclear what, if any, spying was done. The White House gave no evidence to support Trump’s claim that the Obama administration was trying to spy on his 2016 campaign for political reasons. It’s long been known that the FBI was looking into Russian meddling during the campaign and that part of that inquiry touched on the Trump campaign’s contacts with Russian figures. Mueller took over the investigation when he was appointed in May 2017.

Trump has told confidants in recent days that the revelation of an informant was potential evidence that the upper echelon of federal law enforcement had conspired against him, according to the three people who spoke to the AP on condition of anonymity. Trump told one ally this week that he wanted “to brand” the informant a “spy,” believing the more nefarious term would resonate more in the media and with the public.

As Republicans worked to show a Justice Department conspiracy against Trump, Democrats and former law enforcement officials defended the agency. Former FBI Director James Comey, who was fired by Trump last year, tweeted Wednesday that the agency’s use of secret informants was “tightly regulated and essential to protecting the country.”

The back and forth between Congress and the Justice Department over the Nunes request — one of many over the course of the Russia investigation — has simmered for weeks.

The department originally rejected Nunes’ appeal, writing in a letter in April that his request for information “regarding a specific individual” could have severe consequences, including potential loss of human life. Negotiations restarted when Trump demanded Sunday that the Justice Department investigate “whether or not the FBI/DOJ infiltrated or surveilled the Trump Campaign for Political Purposes.”

The Justice Department immediately agreed to expand an internal investigation to determine whether there was any politically motivated surveillance. And the White House said Kelly would organize the meeting with House lawmakers to discuss the documents.